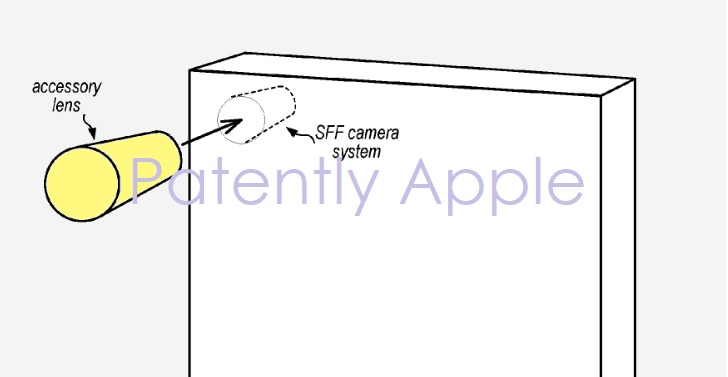 In February Patently Apple a patent application report titled "Apple Invents a Camera Lens Accessory System for iDevices and MacBooks that Includes a Sensing Technology Interface." On Tuesday Apple was granted the patent for this invention that relates to camera systems, and more specifically to adapting camera systems to accessory lenses. Apple began exploring a camera lens accessory system as far back as 2009-2010.

Apple's invention may provide improved image quality for a small format factor (SFF) camera when using accessory lenses. SFF cameras may, for example, be used in mobile devices such as smartphones, cell phones, pad or tablet devices, and may also be used in other devices such as laptop or notebook computers.

In Apple's patent FIG. 1A below we see an iPhone-like device that includes an embodiment of a small format factor (SFF) camera system to which an accessory lens may be attached. 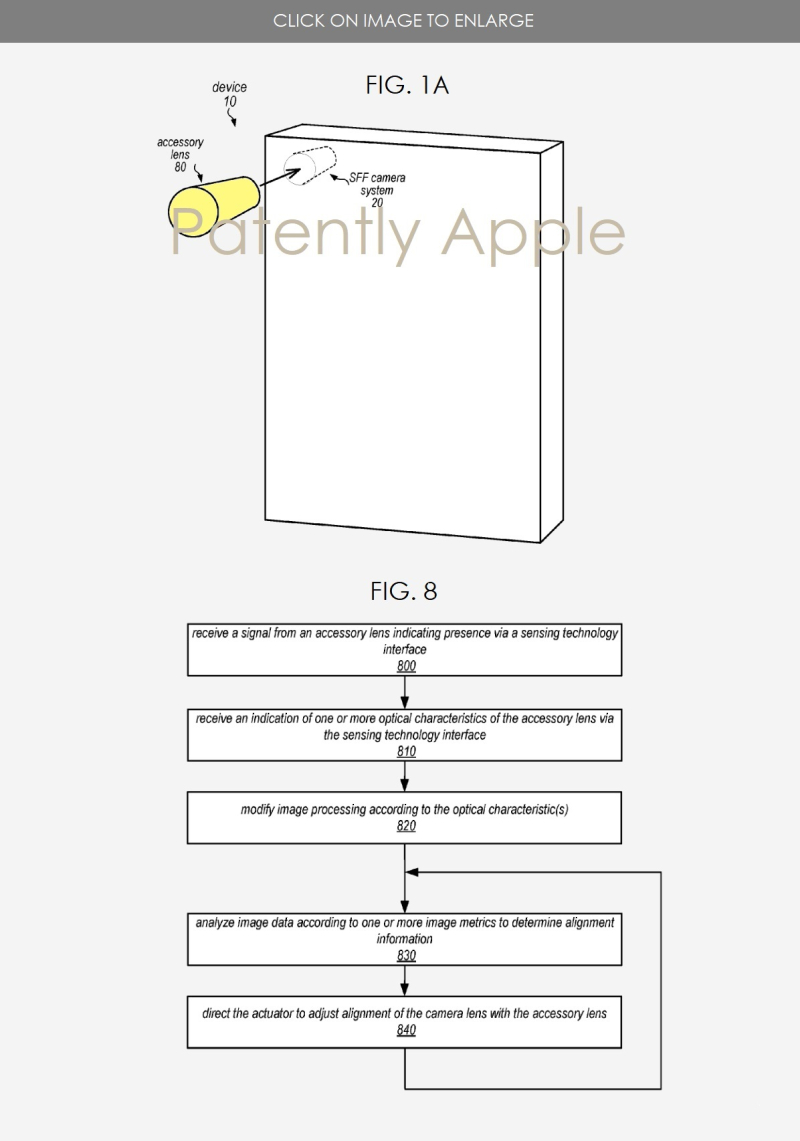 For details and more graphics, check out our original February 2018 report here. Whether Apple will share this technology with their 3rd party developers or create their own iPhone camera accessories in the future is unknown at this time.

Apple's granted patent 10,031,312 was originally filed in Q3 2016 and published on Tuesday by the US Patent and Trademark Office.