Home Archives Contact Us Subscribe Twitter Facebook MeWe Patently Mobile
A Federal Appeals Court invalidates a Patent that was used in Infringement cases against Apple and Google
Crazy Millennial Study Says that Apple is Out, Colgate is in and Brands must adhere to Left Political Positions to Rank Higher

The U.S. Patent and Trademark Office officially published a series of 48 newly granted patents for Apple Inc. today. In this particular report we cover a patent for gaze controls that Apple's Israeli team (from PrimeSense) worked on. The invention may have been used with Microsoft's Kinect device that worked with Xbox TV. So we know it works, it's just a matter of whether Apple wants to push this technology for future Macs and a smart TV. The second patent that we cover relates to Augmented Realty from a company that Apple acquired back in 2015. We wrap up this week's granted patent report with our traditional listing of the remaining granted patents that were issued to Apple today.

Patently Apple covered this invention in a patent application report. To view more patent figures and details, see our report here. There are many associated inventions on the same subject matter that you could view here: 01, 02 and 03 with more in our archives.

Apple's granted patent 10,031,578 was originally filed in Q3 2016 and published today by the US Patent and Trademark Office. Some of the history of this patent dates back to 2011.

Apple's newly granted patent covers their invention relating to the field of imaging, and particularly to determining the pose of a camera in respect of a scene from information provided by an image of the scene captured by the camera and the predetermined position of known features of the scene. Patent FIG. 3 below represents a flow chart illustrating the "combined" mode.

Apple's granted patent 10,033,985 was originally filed in Q2 2013 and published today by the US Patent and Trademark Office. The inventor on the patent is Torbjorn Engedal who worked for Metaio that Apple acquired back in 2015. 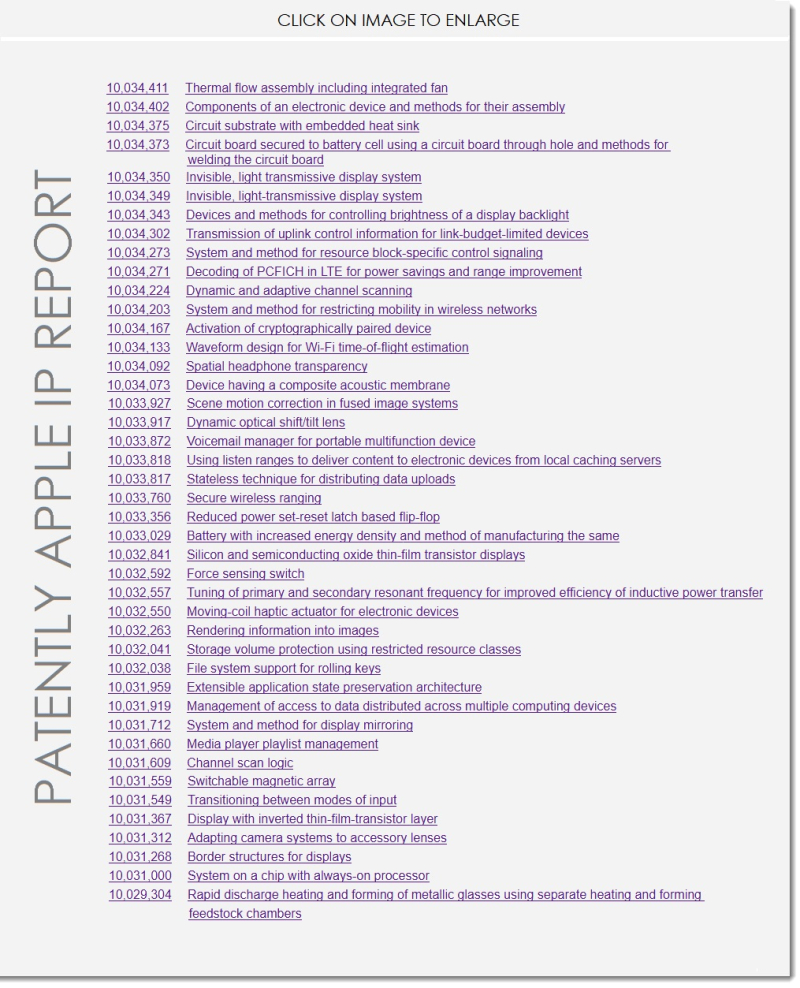