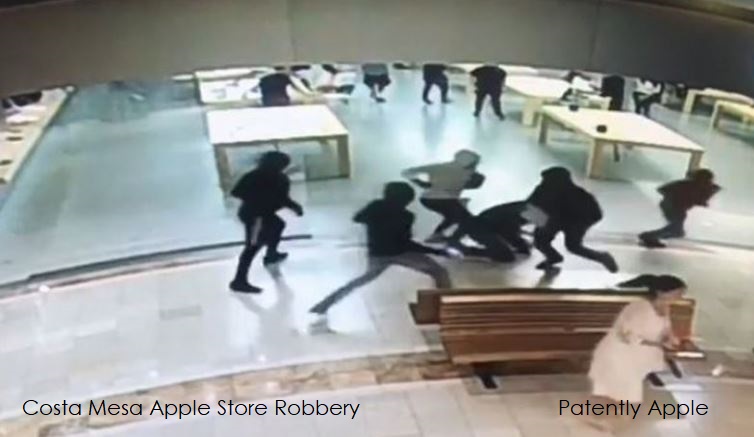 On Monday night the Apple Store in Costa Mesa was robbed just before closing with the thieves running away with $29,000 worth of iPhones and MacBooks. The crime was regarded as a burglary because the suspects did not show any weapons, police said.

The Fox News report further noted that the suspects were "males, African-American, early to mid 20s."

An unidentified officer near the entrance tried to detain one of the suspects, police said. Authorities have not identified the agency for which the officer works, but said he was not a member of the Costa Mesa Police Department, the Times reported.

On July 9th the Fresno Apple Store was robbed for $27,000 worth of iDevices and in May an Apple Store in Walnut Creek, California was robbed in broad daylight.

Jony Ive along with Foster + Partners will have to at some point in time rethink their open store design and policy of dropping product locks before one of these robberies go wrong and customers get injured. The success of these current robberies are encouraging other gangs to strike hard and fast for an easy pay day.