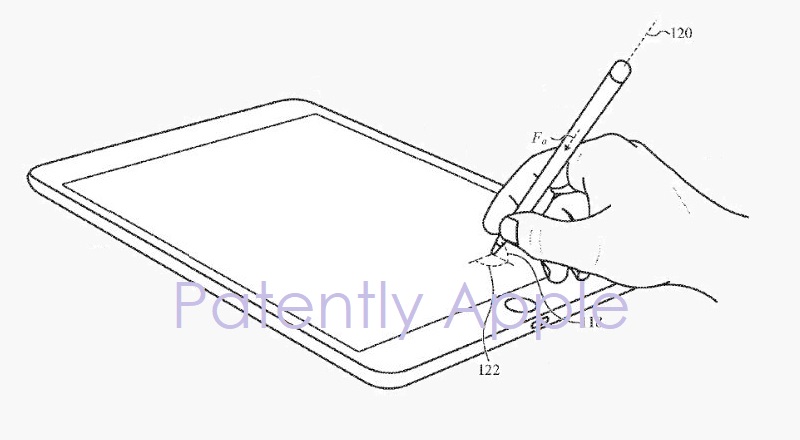 The U.S. Patent and Trademark Office officially published a series of 40 newly granted patents for Apple Inc. today. In this particular report we cover two major patents relating to Apple Pencil, a high-precision stylus that is one of the very best on the market today that offers reduced latency over conventional stylus input systems.

Apple's newly granted patent covers their invention relating to a high-precision stylus (Apple Pencil) operable with a touch screen. This is one of the most extensive patents on the Apple Pencil that covers the following detailed segments: 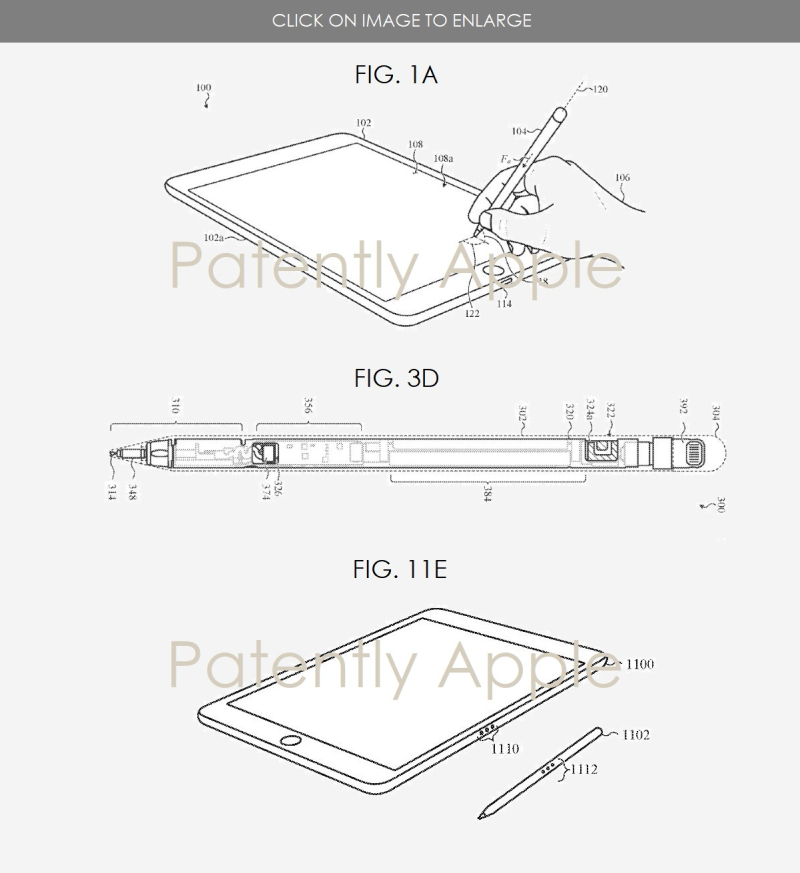 Apple's patent FIG. 1A depicts an electronic device with a touch-sensitive display (an "input surface") that is configured to receive input from a stylus; FIG. 3D depicts the stylus assembled, presenting a barrel, a nib, and a blind cap of the stylus in phantom, while depicting an internal chassis of the stylus as partially transparent; FIG. 11E depicts a stylus incorporating a power connector (Smart Connector) that is configured to electrically couple to an external surface of an electronic device. Apple has yet to implement this superior power feature.

Apple notes in one part of their patent that "the user input system embodiments described herein can operate with reduced latency over conventional stylus input systems." This is one of the advantages of Apple Pencil.

Apple's granted patent 10,025,404 was originally filed in Q3 2016 and published today by the US Patent and Trademark Office. There are 8 inventors listed on the patent. One of the lead engineers for Apple Pencil was Aidan Zimmerman and the information below was listed in his LinkedIn page. 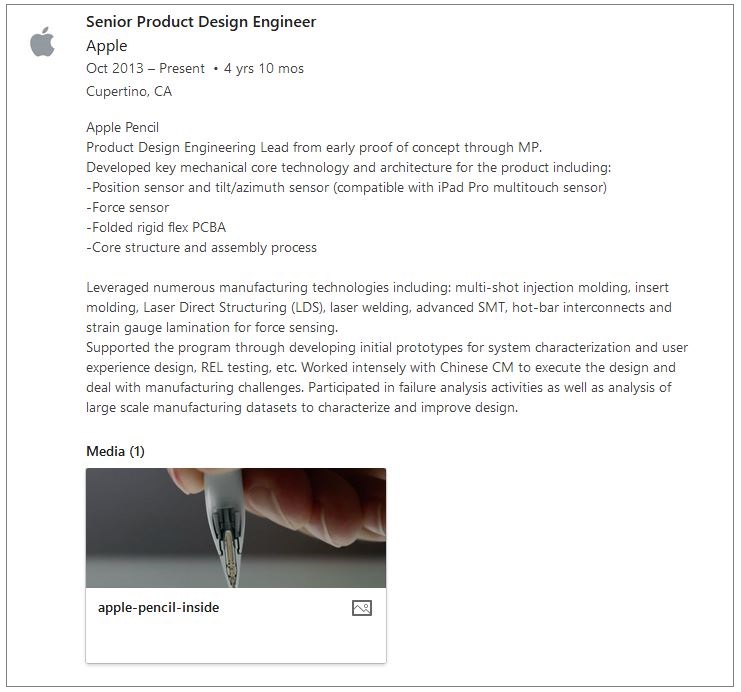 Apple's newly granted patent covers their invention relating to input devices for use with touch-sensitive devices and, more specifically, to the design of a ring electrode of an active stylus.

In some examples, the stylus can include a ring electrode configuration which can improve capacitive coupling between the ring electrode (used for orientation detection) and the touch panel. 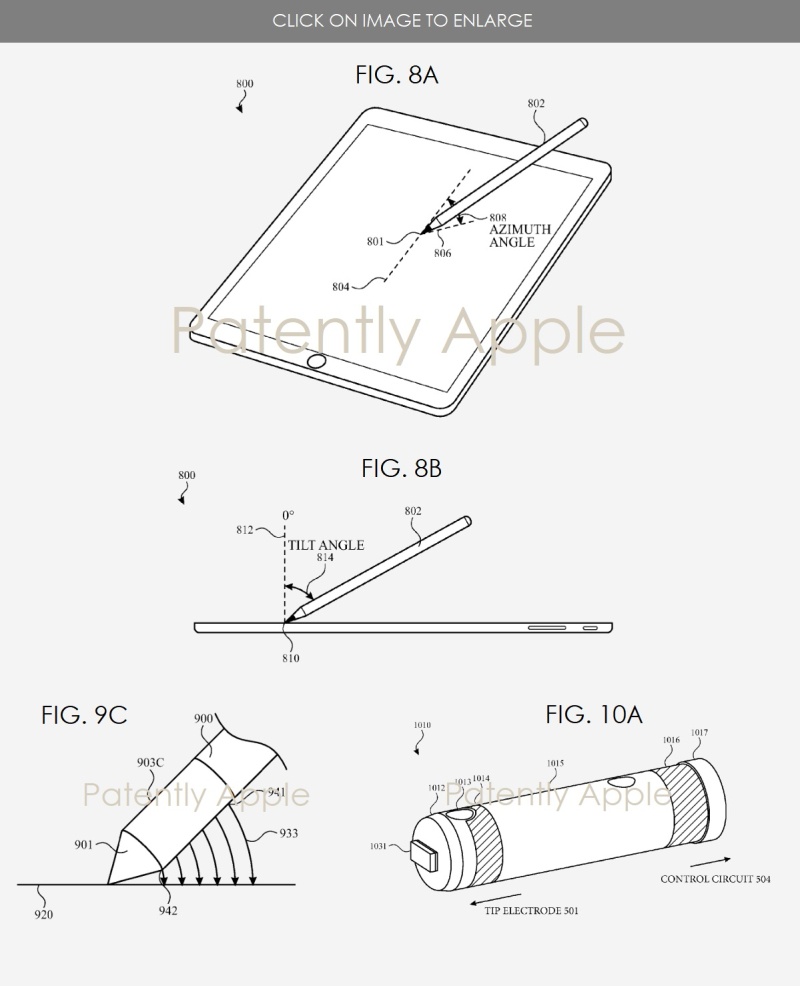 Apple's granted patent 10,025,401was originally filed in Q3 2015 and published today by the US Patent and Trademark Office. There are 7 inventors on the patent. One of the lead engineers for Apple Pencil was Priyanka Bhandari and the information below was listed in her LinkedIn page. 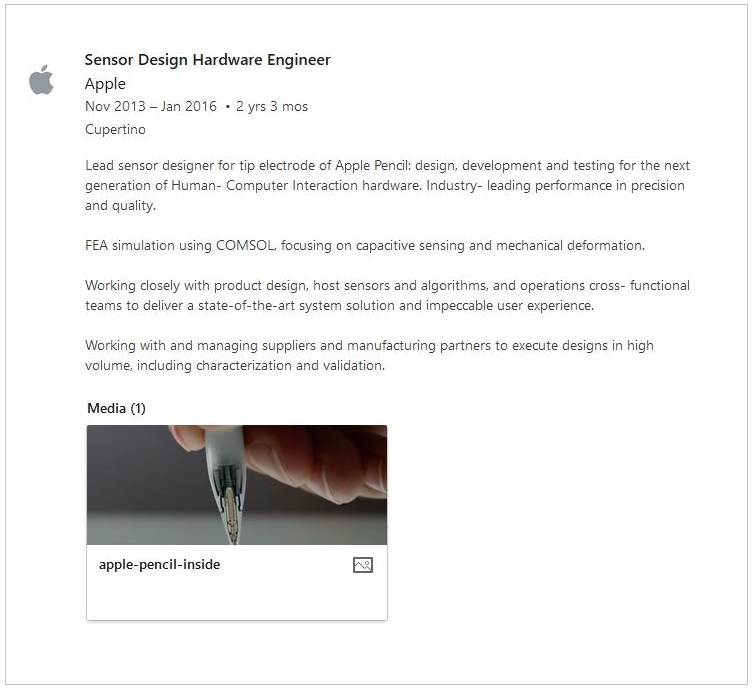