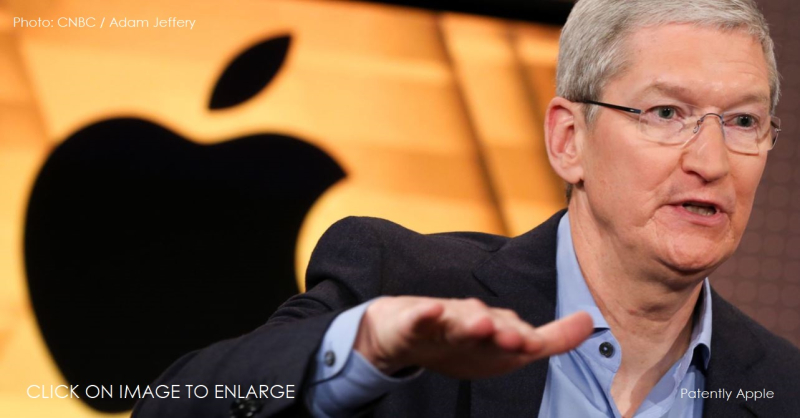 In our At the End of the Day segment for July 6, 2018, there are three stories on Apple worth pointing out to our readers as our day closes out. Firstly, CNBC posted a report this afternoon talking about tech giants could finally win in health care. In the past five years, Apple, Amazon, Alphabet, Microsoft and Salesforce have all made big moves into the sector, as evidenced by a string of recent hires, product announcements and acquisitions. Apple CEO Tim Cook summed up big tech's attitude to health care in a 2017 interview.

Christina Farr, CNBC's health and tech reporter said that "Apple's health group is succeeding by leaning into its expertise in design and consumer trust. The Apple Watch is helping consumers stay healthy by getting them to set and stick to regular exercise goals. It's come up with a way for people to use the iPhone to compile and store their medical records — the kind of information that plays perfectly into Apple's emphasis on consumer privacy and its disinterest in targeted advertising. It's also working on delivering better primary care for its own employees, through an independent group called AC Wellness."

What isn't it doing? Anything that is heavily regulated, like medical devices or pharmaceutical sales, where Apple has little relevant experience. Cook has made clear in interviews that he doesn't want the Watch to become a regulated medical product. Check out the full report for more.

Secondly, Apple was fined $40,000 for Environmental Violations back in October 2017 as reported by the Carolina Journal. For some reason that was a headline today in Apple's blogosphere.

On the flipside, the positive news about Apple in North Carolina could be found in a report from The News&Observer titled " Apple came to NC almost a decade ago. Here's how it changed one community." Here we learn that Apple is working with the Nicolas Institution for Environmental Policy Solution at Duke University to develop the bio-gas market in North Carolina and much, much more.

The investment in the community has been massive and dwarfs the puny fine they had to pay last year. Read more about this here.

And lastly, Microsoft is working on Movies and TV apps for iOS reports Windows Central.