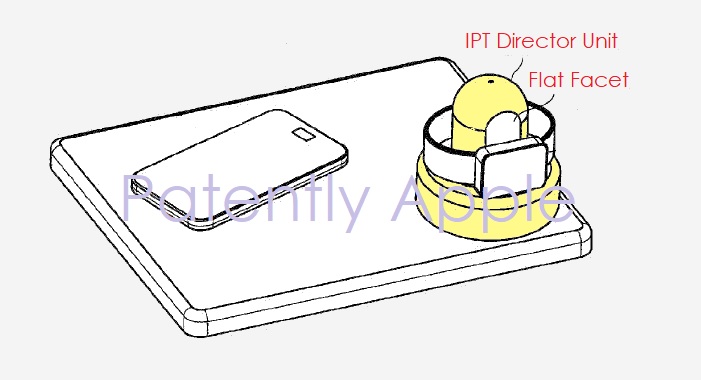 This morning Patently Apple discovered a couple of patent applications from Apple in Europe. In this first patent report we cover Apple's invention that relates to inductive or wireless power transfer. More particularly, but not exclusively, the present invention is directed to systems for improving inductive power transfer and new accessory devices that supporting it.

Apple begins by noting that in practice, it can be difficult to ensure satisfactory wireless charging efficiency for portable electronic devices that are placed onto a charging mat at different orientations or that have non-planar exterior surfaces. Therefore it may be desirable to provide improved wireless power transmitting devices for wirelessly charging or powering portable electronic devices. 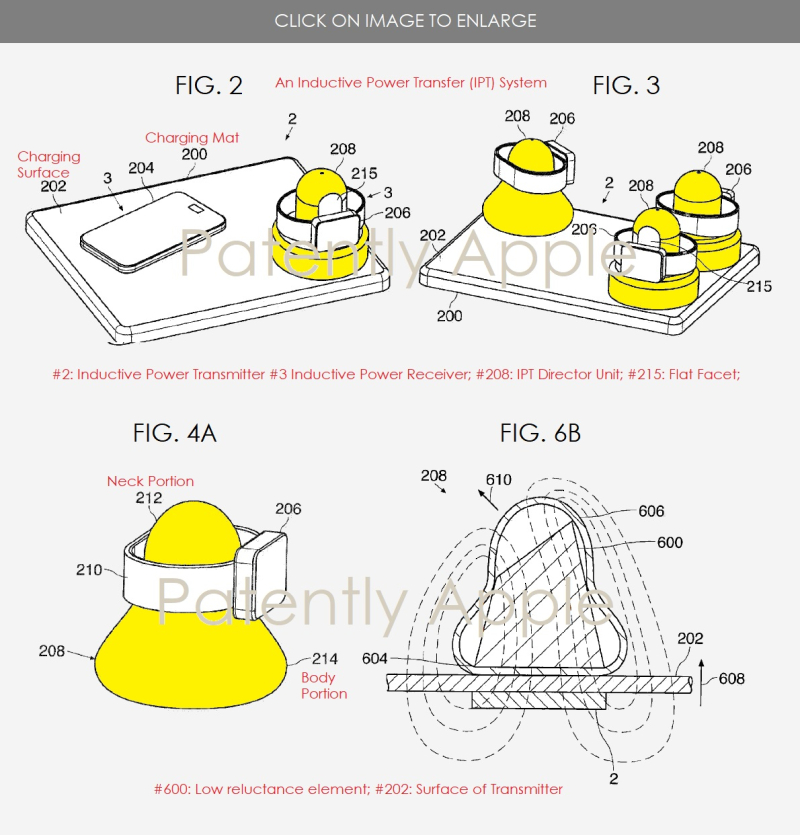 In the example of Apple's Figure 2, two electronic devices #204 (iPhone) and #206 (Apple Watch) are shown as being powered/charged by charging mat #200.

In Figure 2, the IPT director unit is depicted as a 'stand' for the Apple Watch. Figure 3 depicts multiple examples of possible configurations of the stand holding or supporting the Apple Watch. The actual configuration, e.g., the exterior shape, dimensions and aspect of IPT director unit is not limited to this however, and may depend on the type of electronic device and inductive power receiver to which power transfer is to be directed.

In the example depicted in Figure 6B, it may be necessary for the wearable electronic device 206 to be positioned so that its receiving coil(s) are properly aligned with the low reluctance element to maximize power transfer.

One possible approach to ensure optimal positioning may be to provide a suitable marking on the IPT director unit to designate the correct orientation, as an example. This is depicted in Figure #2 by a 'flat' facet #215 onto which a 'flat' surface of the Apple Watch will be aligned. 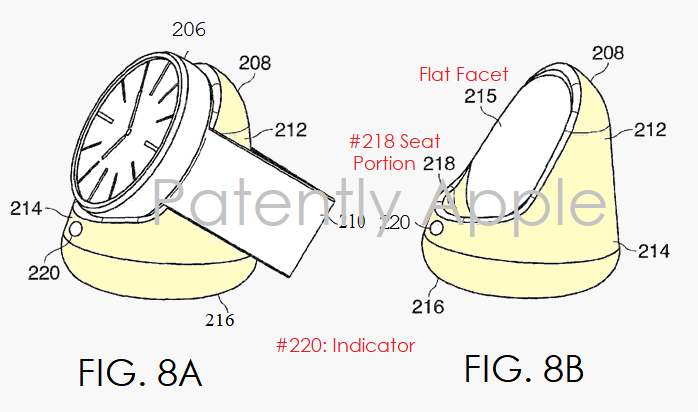 Figures 8A and 8B illustrate another example configuration of the IPT director unit for providing the user with an easy way to correctly position the Apple Watch. In this example configuration, as illustrated in Figure 8B, the flat facet #215 is provided at an angle to base #216 of the IPT director unit and body portion #214 has a seat portion #218 configured to receive an Apple Watch segment having receiving coil(s) therein. 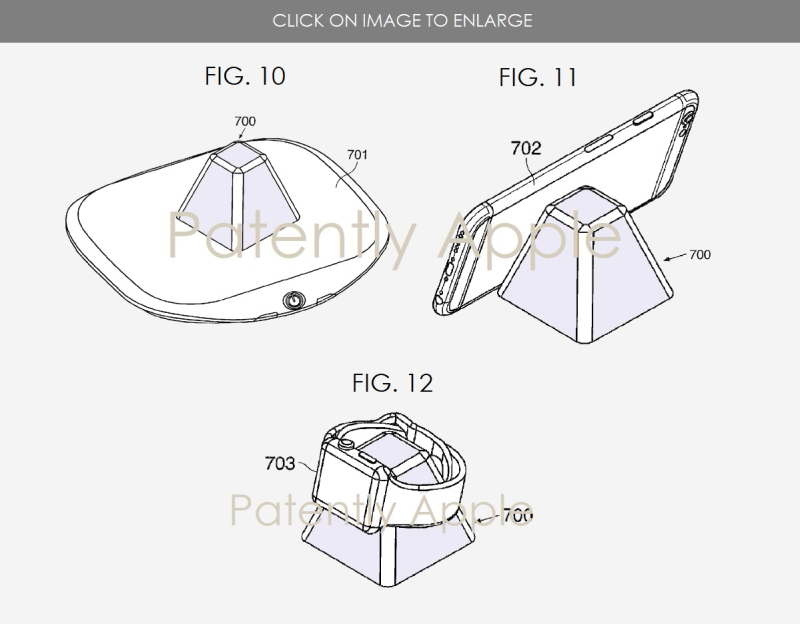 Posted by Jack Purcher on July 07, 2018 at 07:57 AM in 1A. Patent Applications, Apple Accessories, Wireless technologies, Satellite | Permalink | Comments (0)