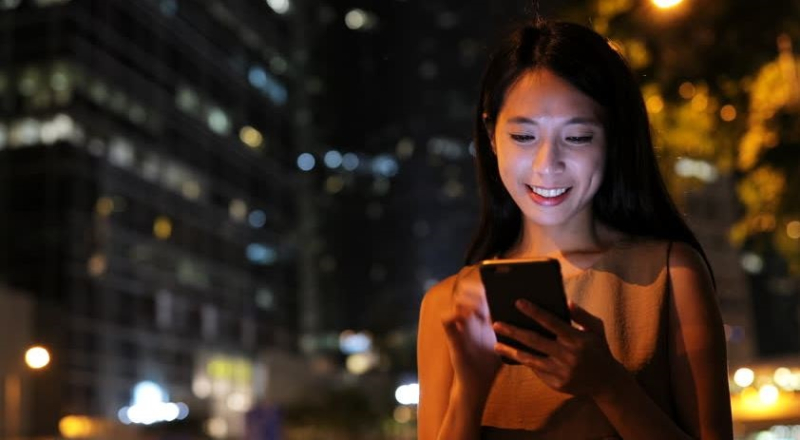 As 2018 kicked in, Patently Apple posted a report titled "Big Apple Shareholders Sent Apple a Letter Saturday urging them to take Steps to Address Growing iPhone Addiction." The report noted that a leading activist shareholder, and CalSTRS, one of the nation's largest public pension plans, delivered a letter to Apple on Saturday asking the company to consider developing software that would allow parents to limit children's phone use." Days later we posted a report titled "Apple's CEO Decides to Turn the Tables from the iPhone being an Addictive Force to it being Social Media."

Tomorrow Apple is reportedly going to introduce a new Digital Health App or Setting to help fight smartphone and social media addiction. More specifically, Bloomberg reported on Thursday that "Apple engineers have been working on an initiative dubbed Digital Health, a series of tools to help users monitor how much time they spend on their devices and inside of certain applications. These details will be bundled into a menu inside of the Settings app in iOS 12, the likely name of Apple's refreshed mobile operating system, according to people familiar with the plans."

To get the scope of the problem, a new Pew Research Center report posted results from surveys with teens about smartphones and social media – and the addiction levels recorded are through the roof. More specifically, close to a 100% leap in the last 3 years as noted in the chart below. 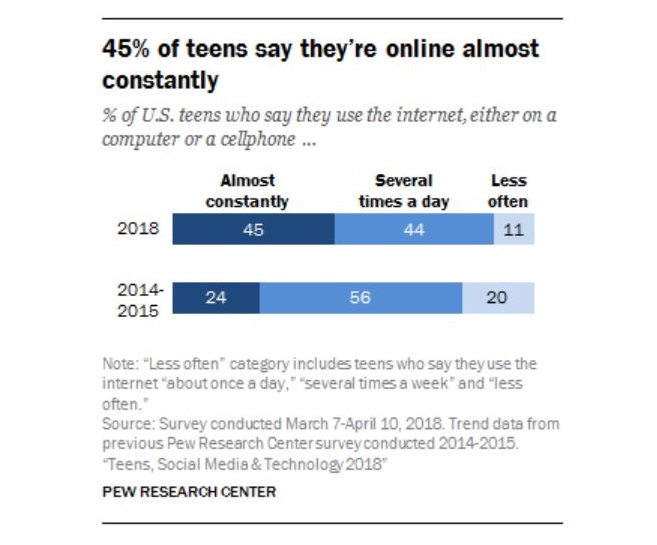 Whether Apple's new software will actually make a difference will take time to determine but it's unlikely to be a single bullet solution. Schools and parents will have to push to enforce less online time to reverse the current trend.

Just 51% of US individuals aged 13 to 17 say they use Facebook – a dramatic plunge from the 71% who said they used the social network in Pew's previous study in 2015, when it was the dominant online platform.

In this year's study reported Facebook use was, according to Pew, 'notably lower' than the percentage of teens who said they used YouTube (85%), Instagram (72%) or Snapchat (69%). In the previous study, just 52% of teens said they used Instagram, while 41% said they used Snapchat. YouTube was not included in the 2014-2015 survey. 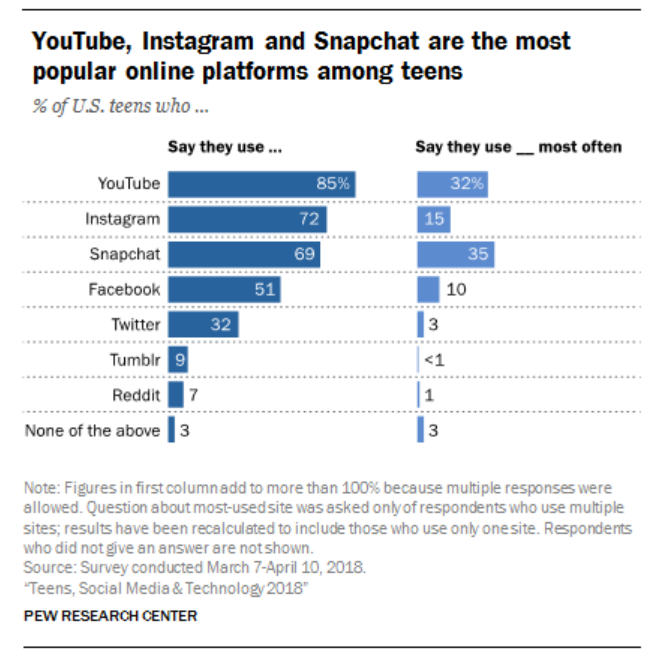 Lastly, another set of statistics that were revealing shows how smartphone usage has overtaken desktop and notebook usage as noted in the last Pew Research chart below. 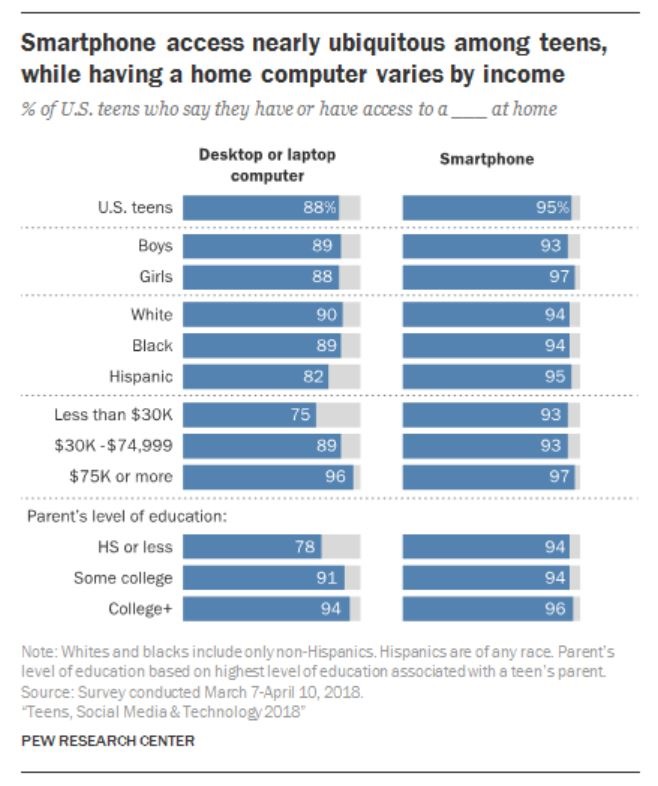 For those interested in learning more about the recent Pew Research Center report check out "Teens, Social Media & Technology 2018."