The rumors have panned out as Samsung's official invitation to their next-gen Note smartphone event is scheduled for August 9th 2018. The event will be held weeks earlier than in past years in order to get more traction for their smartphone before Apple's smartphone announcements are made in September. 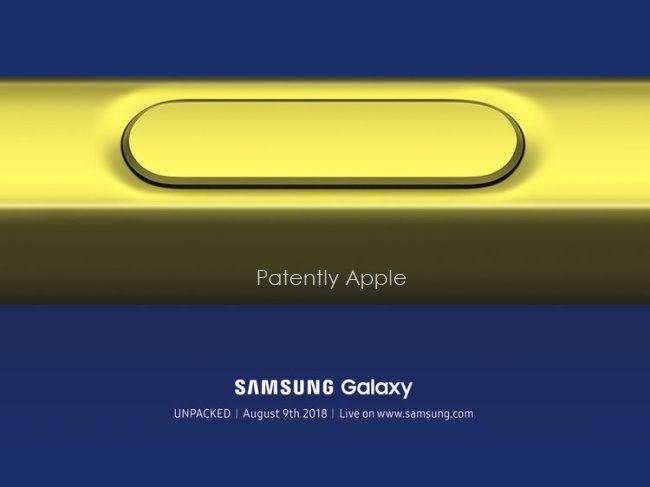 Samsung's video below and graphic above appear to be focusing on a button on the pen of the next-gen Note smartphone.

The Unpacked event will be at the Barclays Center in Brooklyn, New York, on Aug. 9 at 11 a.m. ET.