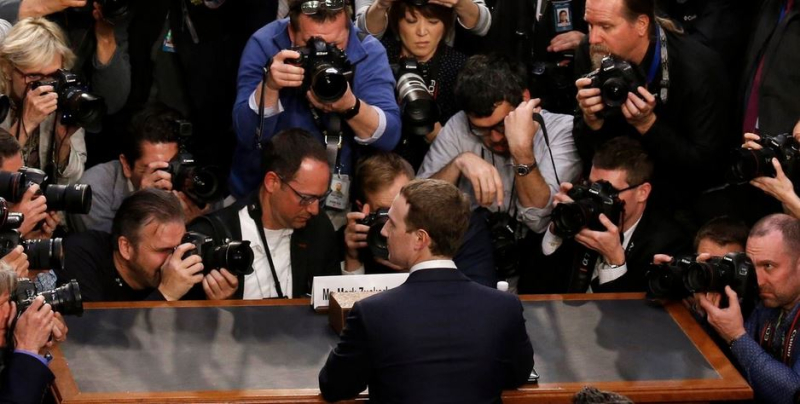 Yesterday Patently Apple posted a report titled "Study finds Teens abandoning Facebook & that Addiction to Devices has almost doubled in the last 3 years." The report noted that Facebook's stranglehold on social media had crashed as teens abandon them in huge numbers, according to Pew Research. The revelation that Facebook sold user's data is a breach of trust the public shouldn't stand for. With the initial news still fresh in people's minds, a New York Times story published yesterday poured fuel on the fire. This was after the European Commission weren't able to get pressing questions answered properly in late May by Facebook's CEO Mark Zuckerberg.

The New York Times report revealed that "As Facebook sought to become the world's dominant social media service, it struck agreements allowing phone and other device makers access to vast amounts of its users' personal information.

Facebook has reached data-sharing partnerships with at least 60 device makers — including Apple, Amazon, BlackBerry, Microsoft and Samsung — over the last decade, starting before Facebook apps were widely available on smartphones, company officials said. The deals allowed Facebook to expand its reach and let device makers offer customers popular features of the social network, such as messaging, "like" buttons and address books.

In interviews with The Times, Facebook was all too eager to identify other partners including Apple and Samsung, the world's two biggest smartphone makers, and Amazon, which sells tablets.

But the partnerships, whose scope has not previously been reported, raise concerns about the company's privacy protections and compliance with a 2011 consent decree with the Federal Trade Commission. Facebook allowed the device companies access to the data of users' friends without their explicit consent, even after declaring that it would no longer share such information with outsiders. Some device makers could retrieve personal information even from users' friends who believed they had barred any sharing, The New York Times found.

Most of the partnerships remain in effect, though Facebook began winding them down in April.

Some device partners can retrieve Facebook users' relationship status, religion, political leaning and upcoming events, among other data. Tests by The Times showed that the partners requested and received data in the same way other third parties did.

Facebook's view that the device makers are not outsiders lets the partners go even further, The Times found: They can obtain data about a user's Facebook friends, even those who have denied Facebook permission to share information with any third parties.

"It's like having door locks installed, only to find out that the locksmith also gave keys to all of his friends so they can come in and rifle through your stuff without having to ask you for permission," said Ashkan Soltani, a research and privacy consultant who formerly served as the F.T.C.'s chief technologist. There's a lot more to the NYTimes report that you can read here.

Facebook wasted no time going on defense immediately. Reuters is reporting that "Facebook Inc. on Sunday rejected claims by the New York Times that it had allowed Apple and other major device makers "deep" access to users' personal data saying any such links were tightly controlled and largely subject to users' consent.