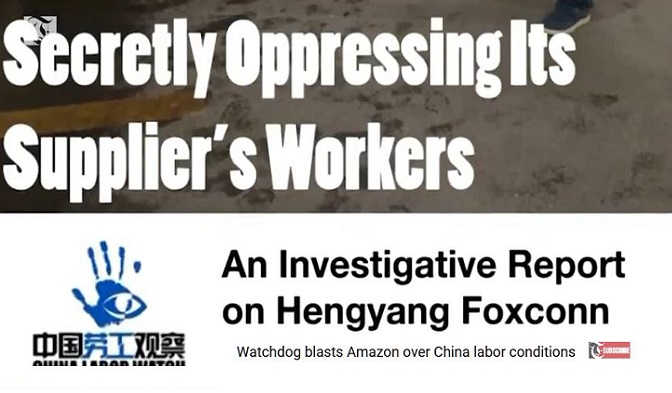 For years China Labor Watch published reports harshly criticizing Apple's Chinese partner plant conditions. In 2014 they teamed up with the BBC to create a major documentary that was supported by U.S. unions and Ralph Nader. It was a true hit job on Apple. While there were some violations, Apple worked with their Chinese partners to clean up some of the poor conditions.

Now that reporting on Apple doesn't get the global attention it once did, China Labor Watch has turned its attention to poor working conditions at a Foxconn plant that makes Echo speaker and Kindle tablets for Amazon.

A 94-page report by New York-based China Labor Watch that followed a nine-month investigation cited excessive hours, low wages, inadequate training and an overreliance on "dispatch" or temporary workers in violation of Chinese law at the Hengyang Foxconn plant in Hunan province.

"We are carrying out a full investigation of the areas raised by that report, and if found to be true, immediate actions will be taken to bring the operations into compliance with our Code of Conduct," Foxconn Technology Group said in a statement emailed to Reuters."