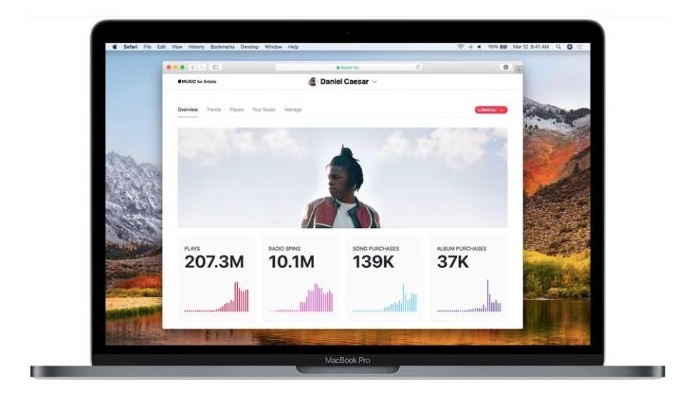 On Wednesday Music Business Worldwide (MBW) broke the news that Apple launched a new music publishing business. MBW now delivers additional breaking news that Apple has yet another new division that will shake up the charts business.

MBW reports that a transformation is now in the works that will change the way Apple reports streaming data – both to the industry and to the public via its charts.

Apple Music's new charts-focused division appears to be a continuation of Apple's growing willingness to share this information with its industry partners.

According to MBW, Apple's new Charts Manager will apparently build strategic relationships with chart partners around the world, researching and understanding the industry chart rules and logic, and working to… develop innovative and dynamic internal Apple Music charts.

Their mission will include 'meeting directly with music labels and chart partners to identify ways to improve Apple Music reporting, in addition to 'implementing a cohesive charts and label data strategy and enabling effective, data-driven conversations with labels and artists."

ARM is announcing a trio of new products collectively aimed at the modern smartphone, tablet, and laptop markets, with the latter being a completely new new focus for ARM. 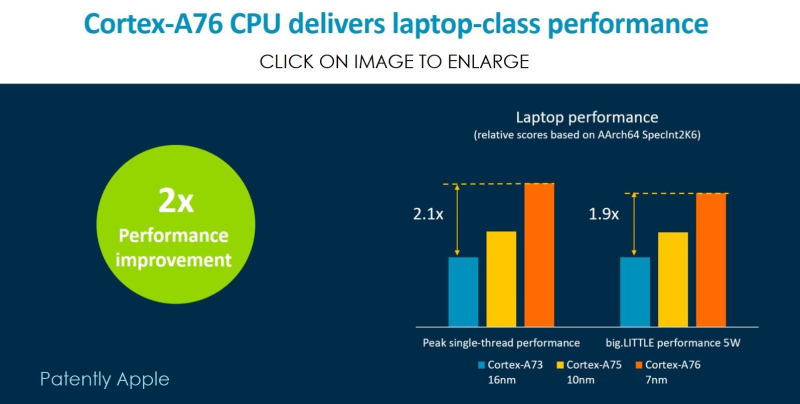 Overall, ARM is claiming that the Cortex-A76 represents an overall 1.35x performance boost over the Cortex-A75, with 40 percent better power efficiency and a 4x improvement in machine-learning benchmarks thanks to better SIMD support for machine learning tests. Of that claimed 1.35x performance uplift, roughly a fifth of it should be delivered thanks to higher clock speeds, with the rest coming courtesy of further architectural improvements. The company is also claiming significant leaps in single-threaded performance compared with the older Cortex-A73, which is why this graph's gaps are rather larger than the numbers we just cited for the Cortex-A75.

The Qualcomm – Windows 10 detachables platform that we touched on earlier today will be using the ARM Cortex A73. The next-gen ARM Cortex-A76 introduced yesterday will deliver about 2X the performance.

Given how poorly the ARM-based hardware performs against x86 CPUs, the new gains will be very welcome in the notebook space. The timing of this announcement is damning to Qualcomm's new Always Connected platform.

Honestly, who knowing this would want to buy one these new machines if it's already behind the curve with 2X the performance already available in the wings? Perhaps Qualcomm is scrambling to make the switch from the A73 to the A76 or they may claim that a "Pro" model is due this fall. There's more information and charts to seen over at ExtremeTech.

Could it be a remote possibility that Apple could take advantage of this next-gen ARM CPU as a way to replace Intel processors by 2020? Could Apple's new Oregon team be working on a custom hybrid processor for future hardware? Only time will tell.