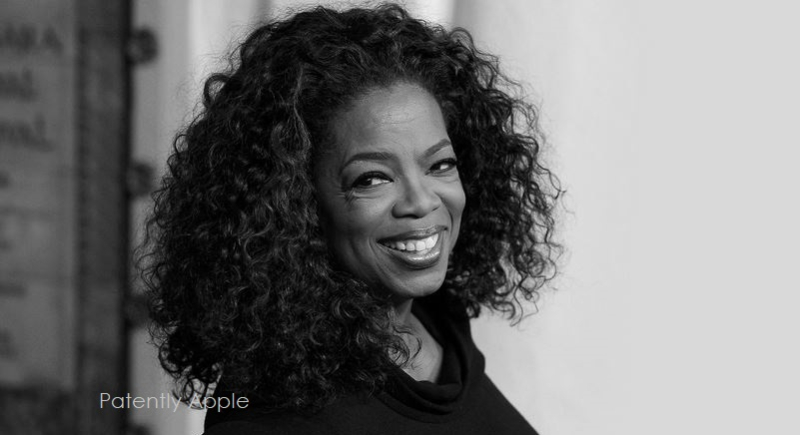 Wow, what a week its been for Apple Worldwide video. Patently Apple covered 5 reports this week (01, 02, 03, 04, 05) about new series in the works and actors joining the cast of these new series. To top off the week, Apple lands a major deal with Oprah Winfrey.

According to a new report posted this morning, Apple has just landed a major victory. The tech giant and eventual streamer has inked a multiple-year content partnership with Oprah Winfrey. Under the pact, terms of which were not immediately available, Winfrey and Apple will create original content that will be released as part of the latter's lineup of content.

Sources say the pact includes everything from film, TV, applications, books and other content that could easily be distributed on Apple's all-encompassing platform.

Sources note that Winfrey landed at Apple in a competitive situation with other tech giants, likely including Netflix and Amazon, all pursuing similar deals. Apple is said to have aggressively pursued Winfrey as part of a larger push to reach a broad audience.

Winfrey's deal with Apple comes amid a growing arms race for established writers and producers after Netflix poached Shonda Rhimes and Ryan Murphy from their longtime broadcast-focused homes at ABC Studios and 20th Television, respectively, in a push to own more of its content.

The Netflix move has ignited a nine-figure war for top talent and forced both traditional studios and rival tech giants like Apple and Amazon to step-up their game and offer more than typical overall deals used to.