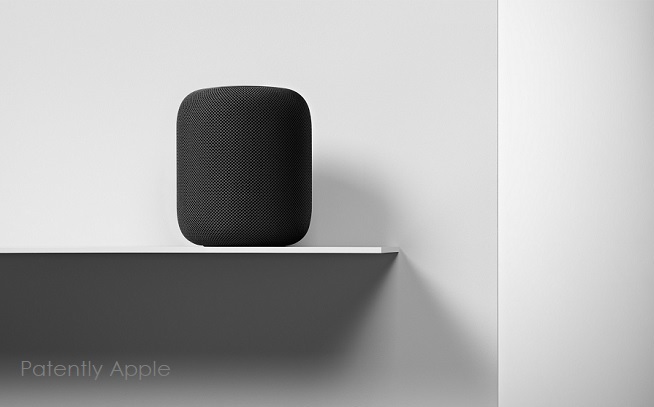 Apple's newly granted patent covers their invention relating to an audio system that automatically determines when to electronically adjust a digital audio rendering process, which is rendering an audio signal for conversion into sound by a loudspeaker cabinet, in response to automatically detecting a change in an acoustic environment of the loudspeaker cabinet. The patent relates to Apple's HomePod.

In one embodiment, the acoustic change threshold is selected based on a determination of whether the loudspeaker cabinet has been moved. The loudspeaker cabinet can include (e.g., integrated therein) an inertia sensor (e.g., accelerometer, gyroscope, and magnetometer) that detects movement of the audio cabinet.

This may ensure that the audio system performs better or is better adapted to a possibly changed acoustic environment (e.g., where the loudspeaker cabinet is repositioned within the same room or is moved to a different room). The detection of movement, using data output from the inertia sensor, may also be used to bypass the performance of the acoustic environment change detection process. For example, upon a determination that the loudspeaker cabinet has moved beyond a motion threshold, the audio system may automatically adjust the rendered audio signal. 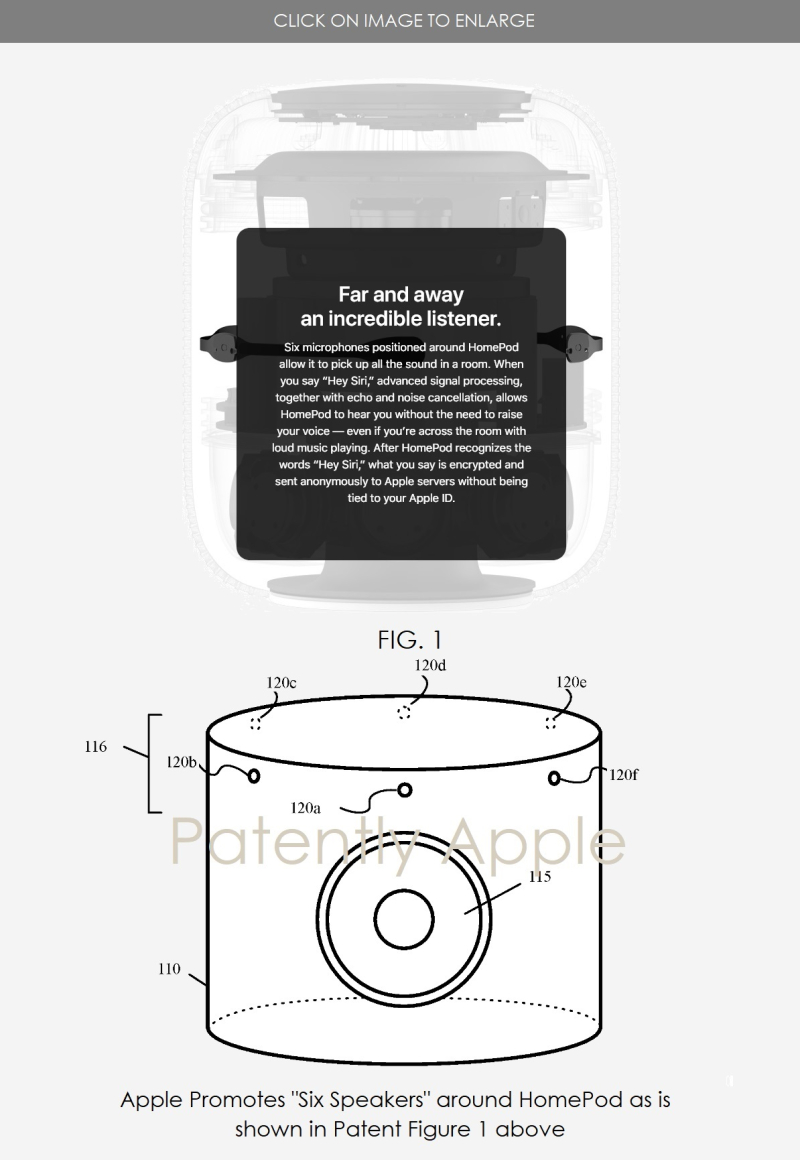 Other HomePod patents include these: one, two and design patents in China and the U.S. Also see our Audio Archives for more.