Apple Supplier Foxconn Announces their North American Headquarters will be in Milwaukee, Wisconsin 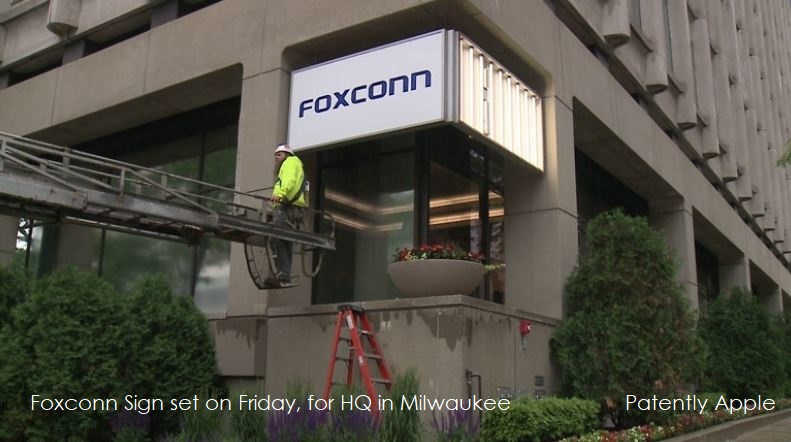 At the White House in July 2017, Foxconn's Chairman Terry Gou announced that they would be investing $10 billion dollars in the state of Wisconsin to make LCD displays up to 8K for the auto, healthcare and entertainment industries.

Foxconn will begin moving into their new headquarters, which is expected to add 500 jobs to Milwaukee.

The company is working on its $10 billion plant in Mount Pleasant, which is expected to add 13,000 jobs.

President Donald Trump is expected to attend the company's groundbreaking and host a fundraiser June 29.

Foxconn said in a statement that it would establish its North American corporate headquarters in Milwaukee, Wisconsin, following the purchase of a building in the city's downtown area. More than 500 people would work at the seven-story building in downtown Milwaukee." 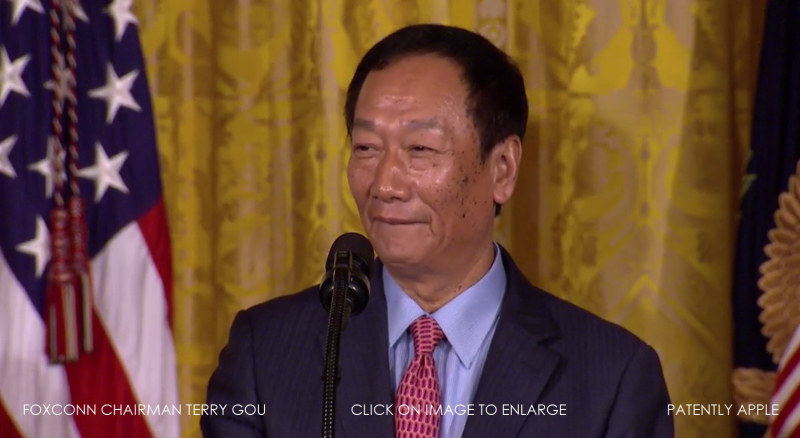 The photo above of Foxconn Chairman Terry Gou is from his White House Wisconsin announcement on July 26, 2017.