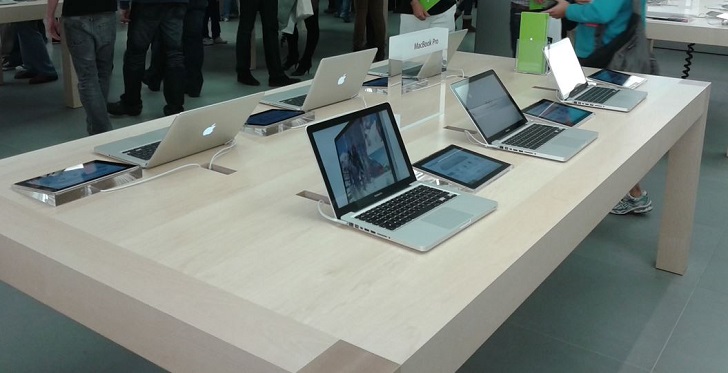 Last Month Patently Apple posted a report titled "A New Analytical Report shows that MacBook Shipments Crashed in Q1 While Dell and HP beat the Negative Trend." A TrendForce report chart showed that year-over-year from Q1 2017 to Q1 2018 Apple's MacBook sales slid sharply by -15.1%. With that harsh reality, a new supply chain report today states that some of Apple's known Taiwan contractors attended a meeting with Apple last month where they laid out the company's latest procurement policy.

Reportedly Apple notified contractors that they are going to tighten its grip on the supply chain of new MacBook models through direct pricing negotiations with third-party suppliers of non-key parts such as screws, metallic parts and plastics parts needed for the production of key components by contracted suppliers, a move seen to significantly squeeze profit margins of contracted supply partners.

Supply chain sources have said that Apple has never interfered with the procurement of non-crucial materials and parts by its contracted producers of key components including processors, panels, batteries, chassis, and heat dissipation modules, allowing them to make purchases from approved third-party suppliers on their own.

But the new move, if enforced as reported for new MacBook models to be launched later, would erase the 10-15% profits from the purchases of materials.

Apple has reportedly decided to expand its centralized procurement coverage to include upstream materials such as copper and cobalt, and non-key parts and components from third-party suppliers. Apple will also reportedly directly set the prices and order volumes for such materials and minor parts and components, instead of only screening the name lists of qualified third-party suppliers proposed by contracted supply chain partners and inspecting their supply quality and shipment schedules.