According to a new report, Kelly Costello Pekar, who was executive vice president of business and legal affairs for Lorne Michaels' Broadway Video that's behind Saturday Night Live, other late night shows and films has joined Apple as a business affairs executive.

According to Variety, "Costello will report to Philip Matthys, head of business affairs for worldwide video at Apple. Prior to joining Apple, she oversaw all aspects business and legal affairs matters as well as deals and agreements for the popular series "Portlandia" and "Documentary Now!," along with multiple stand-up comedy specials.

Before that, Costello served for nearly seven years at Viacom in roles of increasing responsibility, most recently as vice president of business and legal affairs for the Music and Entertainment Group. She was also at one time Viacom's vice president and head of Scripted (West Coast) for MTV Business and Legal Affairs."

While Variety makes it sound like the hire just occurred, LinkedIn, as shown below, shows us that the hire happened back in April. 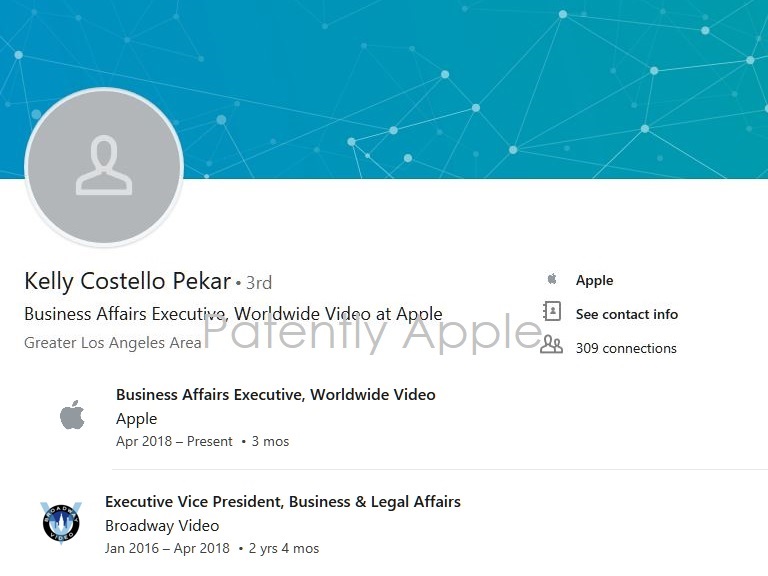