Apple files for 'Memoji' Trademark in China, is granted a Registered Trademark for 'Face ID' in the U.S. and more IP News

On Friday Apple filed for the 'Memoji' trademark in Hong Kong China. This week the U.S. Patent and trademark Office granted Apple a Registered Trademark certificate for 'Face ID' and published a new 'Made for' series of figurative trademarks covering Apple TV and more.

Apple introduced Memoji during their WWDC 2018 keynote on June 4th. The new feature will be included in iOS 12 debuting in September along with new iPhones. The Hong Kong application notes that the Priority application for Memoji was filed in Liechtenstein in April. 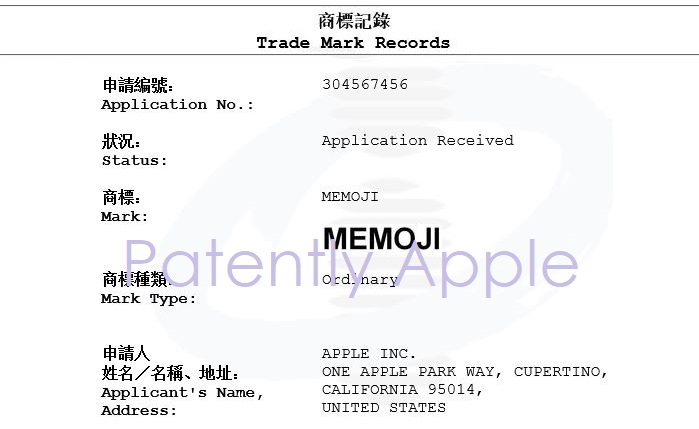 Face ID is a Face Unlock facial recognition system designed and developed by Apple Inc. for the iPhone X. It is a type of biometric authentication technology intended to succeed Touch ID, a fingerprint-based system. It was announced on September 12, 2017, and is currently only available on iPhone X, released on 3 November 2017.

On Tuesday Apple was granted a Registered Trademark (RTM) for 'Face ID' by the U.S. Patent and Trademark Office, with a copy of the certificate below. Apple filed their RTM under International Class 09 covering the following: "Computer hardware and software for secure biometric authentication, and password management and protection for use on computers, handheld mobile digital electronic devices and mobile telephones."

Apple Files for a Series of 'Made for' Figurative Trademarks

The U.S. Patent and Trademark Office published a series of figurative 'Made for' trademark applications from Apple covering Apple TV, iPod, iPad and Apple Watch as presented below. 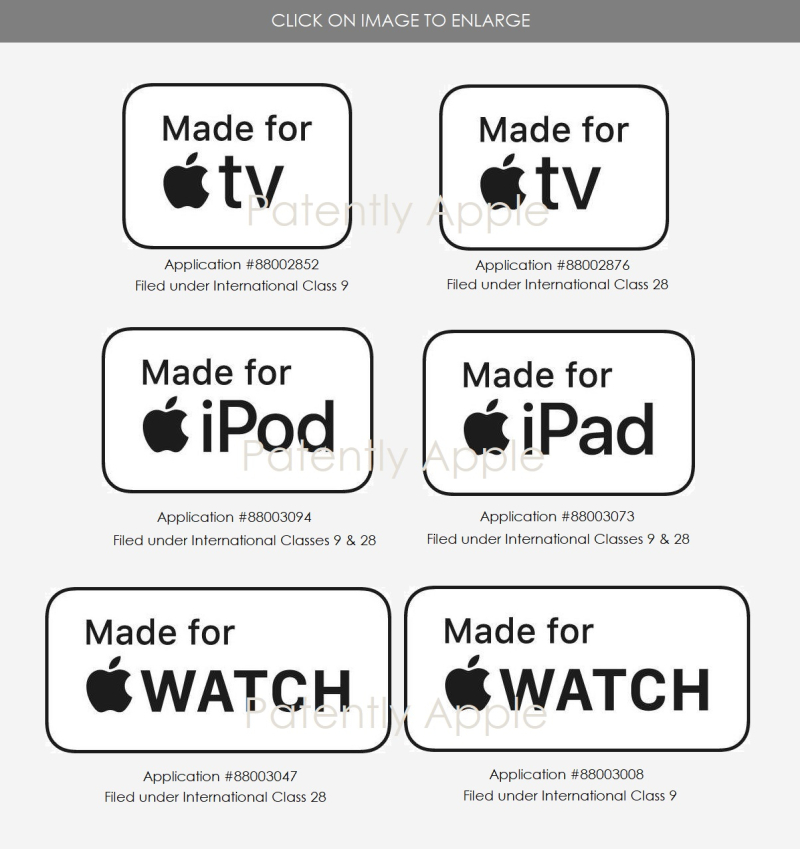 Some applications carry a single international class while others carry two classes. They were originally filed on June 15th and published by USPTO yesterday.

On Friday, the 'Made for' series of trademark filings were duplicated in Hong Kong China.