In April, iPhones were the top Selling Smartphones in China & Landed in 3rd Position in E-Commerce Market 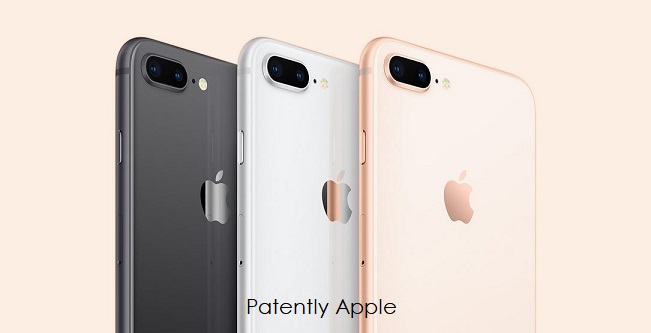 In late April Patently Apple posted a report titled "China's Smartphone Market Shrank 8% in Q1 2018 While Apple's iPhone Sales beat the Trend Spectacularly." China's a crucial market for Apple and a new report published today states that branded mobile phone stores have become an important part of the e-commerce landscape. Among them, Apple, Xiaomi and Huawei's Vmall were the best performers, taking a combined more than 10% market share. When Apple launches new iPhones, the Apple online store sees a strong uptick in activity from customers. 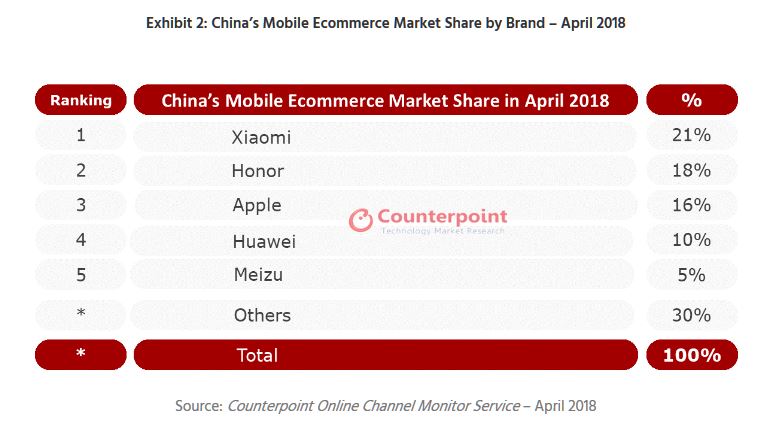 The report further pointed out that Apple led the market by sales volume in April, thanks to a greater than 7% discount of iPhone 8 and iPhone 8 Plus in ecommerce channels. In the chart below, Samsung's Galaxy S9 didn't make the cut. 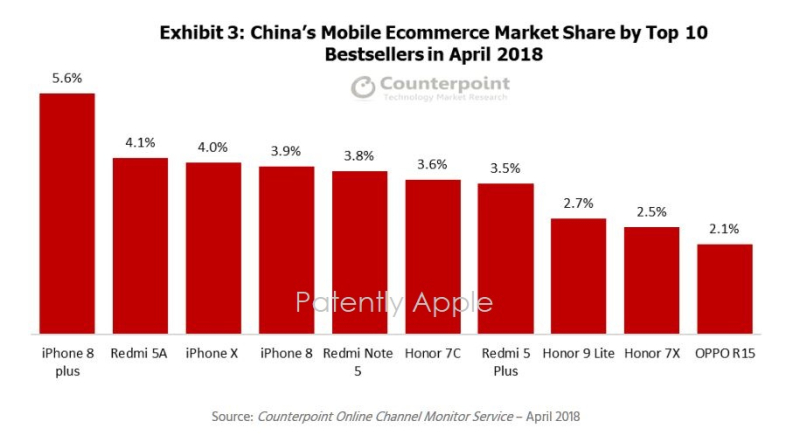