Huawei Rumored to be Preparing their First Major Folding Smartphone for Q4, ahead of Samsung & well ahead of Apple 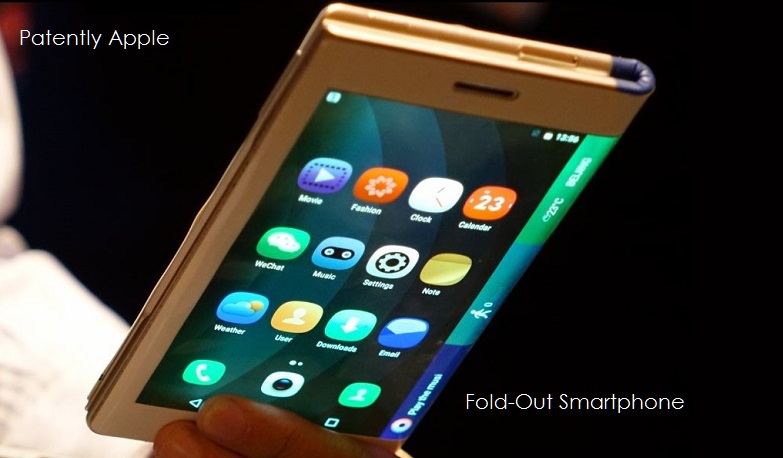 Earlier this month Patently Apple posted a report titled "Samsung rumored to be preparing to launch two Smartphone Models in Q1 2019 with one being a foldable design." Now supply chain leaks are claiming that Huawei is teaming up with BOE Technology to develop foldable smartphones, aiming to beat Samsung Electronics to the new smartphone segment..

Huawei plans to beat all rival companies by releasing its first foldable smartphone in November 2018, at the time when Samsung is believed to kick off volume production of its own first foldable model – expected to be released in Q1 2019.

BOE is likely to secure OLED panel orders from Huawei as it has been progressively developing related technologies and has reportedly landed orders to develop four stereotypes of foldable panels from two smartphone vendors, according to the report.

Apple continues to patent foldable, scrollable and bendable smartphones for the future. It may take years before the right foldable smartphone form factor / design emerges that wins consumers over en masse.

Being first to market may prove to be meaningless in this case as consumers will want to be assured that the screens won't crack with constant folding and unfolding actions over time.