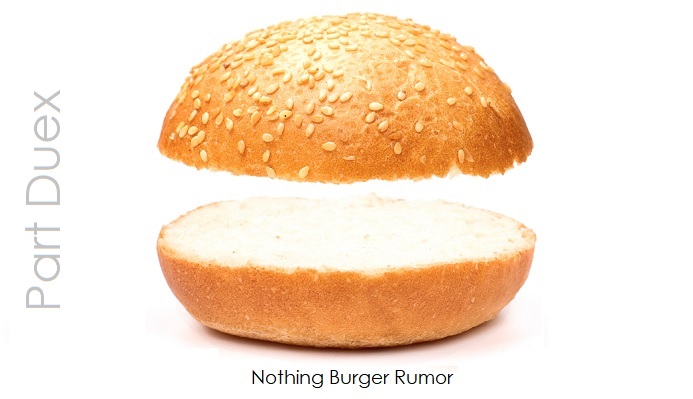 On Saturday Patently Apple posted a report titled "A Nothing Burger Rumor Saved by Bloomberg's Mark Gurman. The report was pure speculation based on tidbits of information glued together with an artificial date of 2020. The report mentioned that Pegatron was prototyping this hypothetical ARM MacBook Pro.

Today, Digitimes has proven that at times their rumor mill reporters derail. They've taken the nothing burger rumor and are trying to claim "that likely" Pegatron will land the orders for this rumored notebook.

Digitimes added that "Pegatron called in market speculation." I call it a nothing burger deluxe, being that it's a rumor of a rumor based on guesswork.