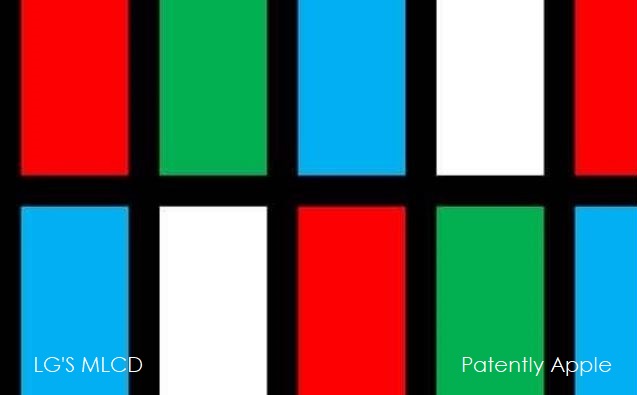 It was a bit of surprise to learn earlier this year through supply chain reports and rumors that an iPhone with a 6.1" LCD display could be debuting this September. If true Apple appears to want to shake things up at different price points to expand their iPhone model line-up this fall.

In the last couple of weeks there's been a lot of buzz in the Android community over LG's next-generation LCD's which they've dubbed MLCD. As you could tell by our cover graphic, MLCD's add a new white pixel that could be a game changer.

The white pixel outputs the panel's backlight with only a liquid crystal light-polarizing layer on top to adjust brightness — there's no color filter. LCD color filters are inherently inefficient and block some light output, wasting power and dimming the peak brightness.

To produce a white output on an LCD panel means filtering white light through 3 color filters, each blocking two-thirds of the spectrum, and then recombining the output. It's hugely wasteful.

With a dedicated white pixel, MLCD+ can turn the backlight panel down and still produce more visible white light than a traditional RGB LCD panel, which saves on power. You can also turn the backlight up to boost the peak brightness to new heights. 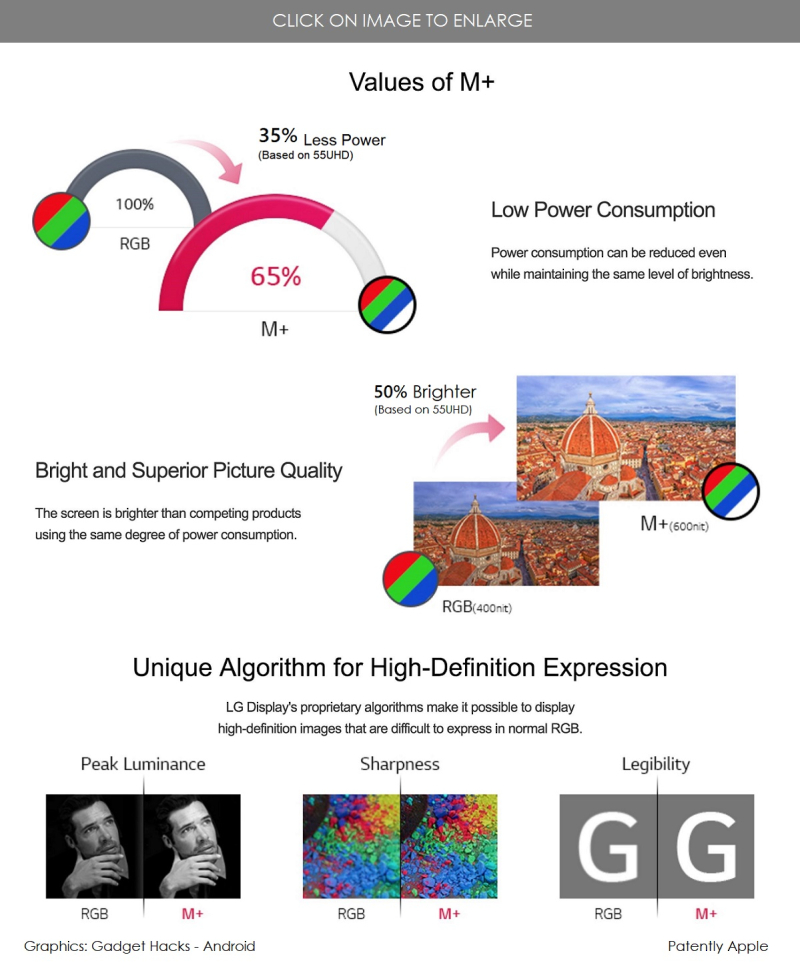 You'll be able to check out this new display technology in June or July yourself when the new LG G7 ThinQ smartphone with a MLCD+ display debuts.

From the information that I've read, LCD technology is going to be upped a notch with this latest displays that is able to play 4K content.

The benefits include subtle improvements to power consumption through to a much brighter panel ideal for outdoor viewing. Combined with the high 3,120 x 1,440-pixel resolution, 19.5:9 aspect ratio, and ultra-thin bezels, the on-paper specifications certainly point to a premium tier display for LG's latest flagship.

The LG G7 boasts up to 1,000 nits of retina-searing output, making it one of the brightest smartphone panels around. That's a potential boon for HDR playback too, which requires a higher contrast ratio. According to DisplayMate, Apple's iPhone X home screen "produces an impressively bright 726 nits."

While there are a lot of reports on this new display, I found one by Gadget Hacks to be one of the better ones on the topic thus far that spells it all out in plain English.

I know I'll be checking out the new LG G7 ThinQ display in the coming months just to see if it's display is as noticeably distinct as being described.

At the end of the day, LG is a known Apple supplier for iDevice displays and their new MLCD displays seem to be a clear leap forward for LCD displays in terms of brightness and battery life – features that would make Apple's new 6.1" iPhone model launching later this year more appealing.

While only time will tell, the benefits are clear, at least on paper. Whether Apple will sit back and see how these displays actually pan out and whether LG could get production to iPhone levels are big unknowns at this moment.

Considering that Apple plans for supplies well ahead of time, it could be a long-shot. On the other hand, this could have been a secret project worked out by Apple and LG last year when they were in negotiations. The rumor was that the negotiations were about future OLED displays for iPhones, but it could have been for these newer MLCD Displays.

No matter how it plays out, if you're a techie that likes to learn about new technologies and industry developments, definitely check out LG'S new MLCD display technology. It launches on the new LG G7 ThinQ smartphone in June.