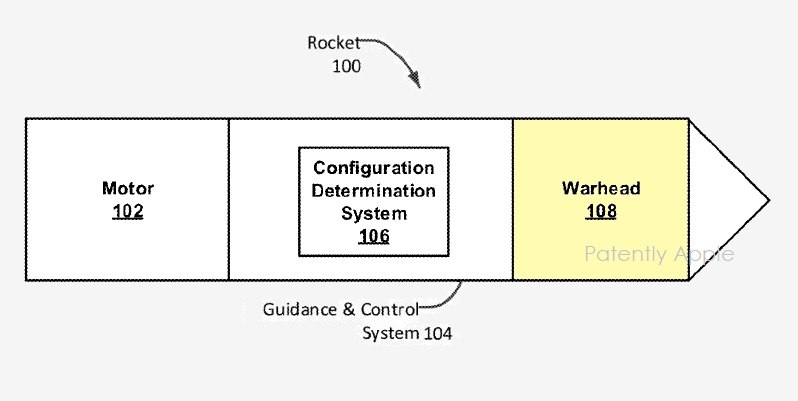 Every week within Apple's patent batch of patents listed in the US Patent & Trademark Office database there are some patents listed because they list possibly using OS X or iOS as part of their invention. It's not like Apple is aware of these inventors revealing in a particular patent that their OS is a candidate for their product or system.

While these types of patents are filed weekly, sometimes outnumbering Apple's actual patents by a long shot, one of these patents stood out today. It's a patent application filed by BAE Systems, a British company who sells military submarine, aircraft and radar systems.

Today BAE's patent application covers a military missile system involving warheads as noted in patent figure 1. Apple's OS X, along with other major operating systems, are listed. OS X may or may not be used, but the company chose to include OS X as a possible aspect of their invention.

Considering that Apple is heavily involved with a clean environment and social agenda you'd think that it would loudly object to their operating system even being considered to operate a ballistic missile system.

In recent news, it was reported that "Google employees quit over controversial Pentagon work." Roughly a dozen employees resigned in the wake of reports that Google's AI work is being shared with the Pentagon.

Can a U.S. tech company actually deny the government of anything they demand for the military? I don't know. Considering that there isn't a public stance on this front from California's tech leaders, we have to assume they don't have a choice, even if it's against a particular company's so-called "values."

For those curious about this invention, check out BAE's patent application titled "Automated Determination of Rocket Configuration," here.