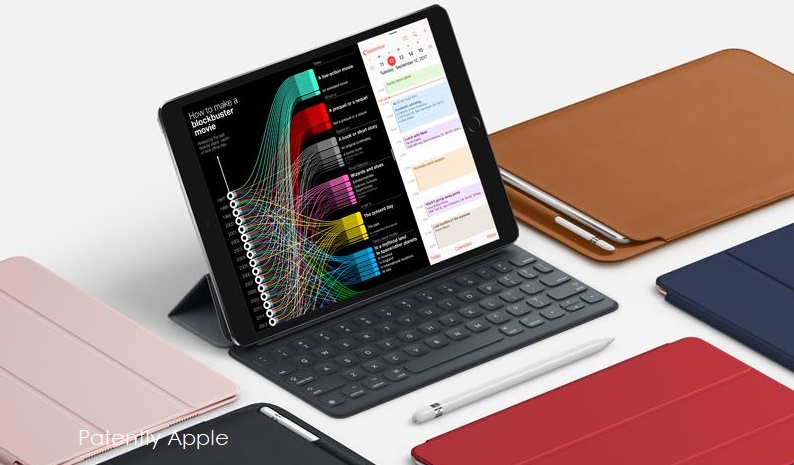 A new report by IDC covers global tablet shipments for the first quarter of 2018 which reached 31.7 million, declining 11.7% from the prior year. The decline for traditional slate tablets alone continued as vendors managed to ship 26.8 million units, down 13.9% from the prior year. Yet no matter how the percentages worked out, the bottom line is there wasn't a decline in iPad shipments year-over-year. Apple was the #1 tablet vendor worldwide as noted in IDC's chart below. 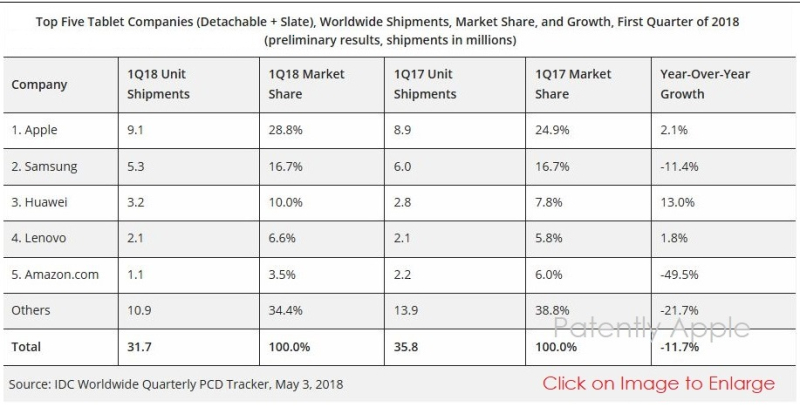 IDC further noted that "Apple's leading position remained unchallenged during the quarter as the company managed to ship 9.1 million iPads. Of that, 1.8 million were iPad Pro tablets, making Apple the leader in the detachable market as well." Apple's iPad Pro was also #1 in Q4 2017, so Apple's streak continues.

IDC had earlier noted in their report that "the growing niche of detachable tablets like the Microsoft Surface and iPad Pro did experience more than 2.9% year-over-year growth and captured 15.3% share as newer models came into play." If Apple's iPad Pro won the quarter in detachables with only 1.8 million units, how bad was it for Microsoft's Surface line? Ouch. Considering that Microsoft didn't even make the top five vendors globally again, it has to be bad news for Microsoft.

IDC added that "Apple's latest iPad launched towards the end of the quarter and along with the company's renewed focus on the education market should prove to be quite lucrative in the coming quarters."

In that light, it makes sense that the Korean press wanted to play up that Samsung is focusing on next generation foldable smartphones that could eliminate tablets. The report specifically stated that "Foldable smartphones will gobble up the market share of conventional smartphones and it is highly likely that the new type of phones will signal the end of tablets." Right, well, that's something you'd expect a sore loser to dream up.

The IDC report also played up Chrome OS entering the detachable tablet sector in their report but until it actually makes a dent in the market there's no use covering this as it has nothing to do with Q1 tablet leadership.