Home Archives Contact Us Subscribe Twitter MeWe Patently Mobile
If you were Praying for a 10nm i7 Core MacBook Pro just around the Corner, Forget about it
Smaller iPhone App Developers have formed a 'Union' to Fight Apple 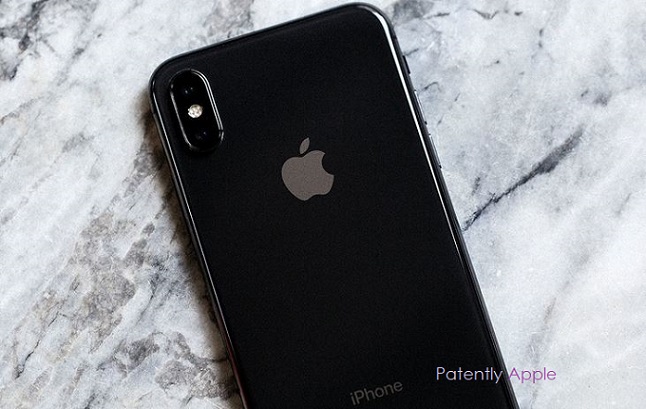 While we know that Apple's iPhone numbers for the quarter embarrassed Wall Street analysts and hacker writers around the globe, it's always great to see statistics that we can rub into the naysayer's wounds like salt. While Samsung has delusional visions of their Galaxy S9 actually having some value for Apple fans, new statistics show that the iPhone X crushed the Galaxy S9 by more that 2X in March. Heck, Apple's 2016 iPhone 7 went neck to neck with their S9. Funnier yet is that Samsung was trying to pitch their S9 to iPhone 6 users. Say what? Do these guys even know what year it is?

During Apple's financial conference call for calendar 1 (Fiscal Q2) Tim Cook stated that "The iPhone gained share in the quarter based on IDC's latest estimates for the global smartphone market. And customers chose iPhone X more than any other iPhone each week in the March quarter just as they did following its launch in the December quarter." Below are the March stats for global smartphone shipments from Counterpoint Research. 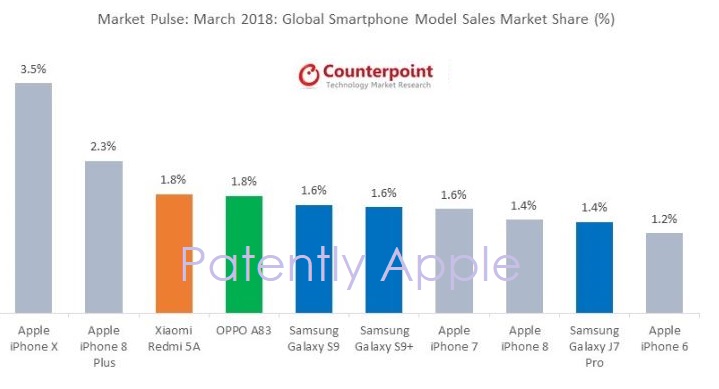 The best that Samsung's S9 and S9+ models were able to achieve was capturing 5th and 6th spot respectively.

Xiaomi's Redmi 5A became the best selling Android smartphone in March, a first for Xiaomi. Redmi 5A was also the third overall best-selling smartphone model in March.