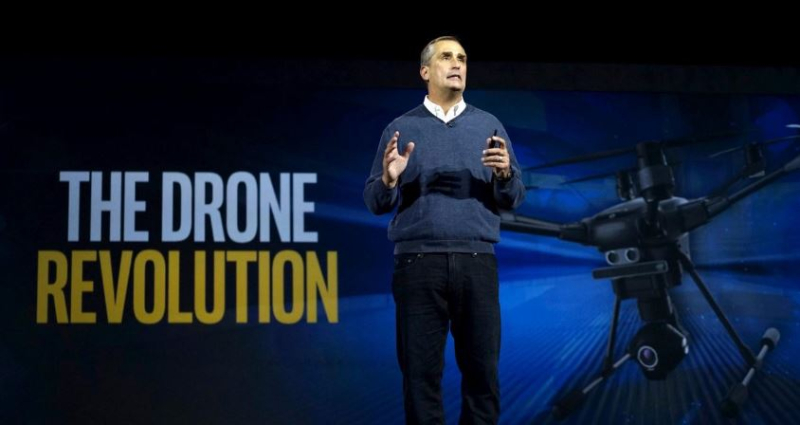 Apple wasn't listed as a winner in the first report update from Reuters. In Reuters Update #2 they added that Apple was on the Winner's List.  Late this afternoon Reuters added more to the story regarding Apple, as follows: "A spokesman for the North Carolina Department of Transportation, another winner, said Apple Inc is among its partners, and Apple said it plans to use the testing program to improve Apple Maps by capturing aerial images. Apple plans to use the drone testing program in North Carolina to gather information to improve its Apple Maps service, the company said. The report added that "Apple is committed to protecting people’s privacy, including processing this data to blur faces and license plates prior to publication."

(The Original Report:) Back in October President Trump gave the 'green light' to US cities and states to work together with tech companies to accelerate and increase the number of drone tests across the United States under a program called "Unmanned Aircraft Systems Integration Pilot." It was reported yesterday that major technology and aerospace companies including Amazon, Apple, Intel, Qualcomm and Airbus are vying to take part in a new slate of drone tests the United States that is set to be announced later today.

Reuters reported yesterday that the wide interest in the U.S. initiative, launched by President Donald Trump, underscores the desire of a broad range of companies to have a say in how the fledgling industry is regulated and ultimately win authority to operate drones for everything from package delivery to crop inspection.

The pilot program will allow a much larger range of tests than are generally permitted by federal aviation regulators, including flying drones at night, over people and beyond an operator's line of sight.

The U.S. Transportation Department said it will announce 10 winning state, local or tribal governments to host the experiments on Wednesday. The governments in turn have partnered with companies who will play a role in the tests.

At least 200 companies spanning 149 applications are vying to be part of the program, a U.S. official said. Many major U.S. companies are part of the winning submissions.

The Reuters report goes on to list a number of companies like Boeing, Ratheon and Amazon who have specific interests. Reuters listed no reason as to why Apple was part of this list. (now see updated at the top of our report.)

On December 9th I posted a follow-up report titled "Are Apple and Samsung Racing to bring a Drone to Market? Evidence Discovered this week Suggests they may be." And in March of this year I posted another report titled "Samsung's newly Granted Design Patents Suggest the Company is Eying the Smart Drone Market."

Intel has put a lot of work into the "Airborne Revolution," and you could check out some of their work on this here. Earlier this month Intel posted a press release titled " Intel Unveils Drone Software Solutions that Enable Businesses to Unlock Potential of Aerial Data."

Whether Apple's participation in this government program is purely for research purposes to push their AI team or for a future commercial product is unknown at this time. (see our update at the top of our report).