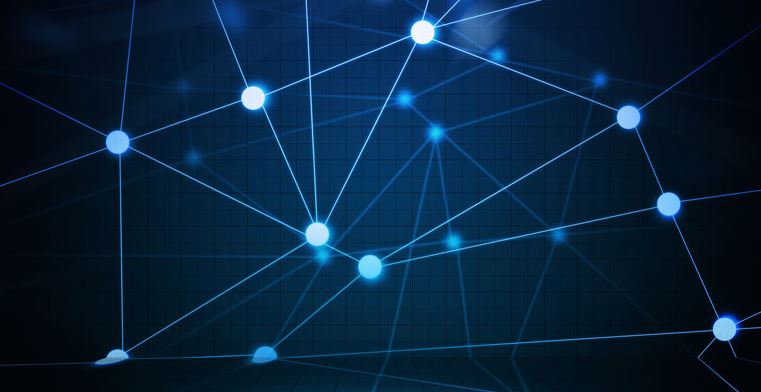 Today the US Patent & Trademark Office published a patent application from Apple titled "License Assisted Access Uplink Communication with Wi-Fi Preamble" that relates to wireless communications, and more particularly to systems, apparatuses, and methods for performing uplink LAA communication with Wi-Fi preamble information. It would appear that Apple may be working to support "Licensed Assisted Access (LAA) to counter Qualcomm's work on a first version of LTE-Unlicensed called LTE-U.

You could read about the "Controversy" LTE-U generated in the telecommunications industry here. With Apple and Qualcomm at war with each over licensing fees, it's clear why Apple will want to support a competing wireless standard regarding LAA.

LAA communication supports Gigabit Class LTE. Qualcomm provides a grand overview of extending LTE to unlicensed spectrum globally – LAA. There's been a lot of testing over the last three years as this technology pushes into the market and the 3 page report covers presentations of various interrelated standards. If you're interested, you could check it out here.

Apple notes that in addition to the communication standards noted above there are also extensions that exist that are aimed at boosting transmission coverage in certain cellular networks.

For example, LTE in Unlicensed spectrum (LTE-U) allows cellular carriers to boost coverage in their cellular networks by transmitting in the unlicensed 5 GHz band, which is also used by many Wi-Fi devices.

Licensed Assisted Access (LAA) describes a similar technology aimed to standardize operation of LTE in the Wi-Fi bands through the use of a contention protocol referred to as listen-before-talk (LBT), which facilitates coexistence with other Wi-Fi devices on the same band.

However, the coexistence of cellular and Wi-Fi communications in the same band can still result in the degradation of data throughput and/or decreased performance of streaming applications (data streaming) when both Wi-Fi signals and LAA/LTE-U signals are present and this is what Apple's invention attempts to address. 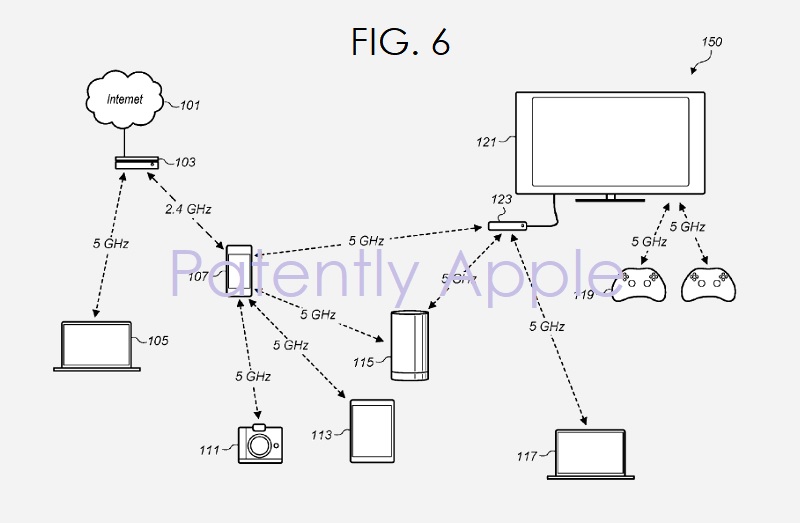 In Apple's patent FIG. 6 presented above we're able to see an exemplary communication system in which multiple different devices may communicate with each other over a specific band, such as 2.4 GHz and/or 5 GHz frequency bands using Wi-Fi RAT. 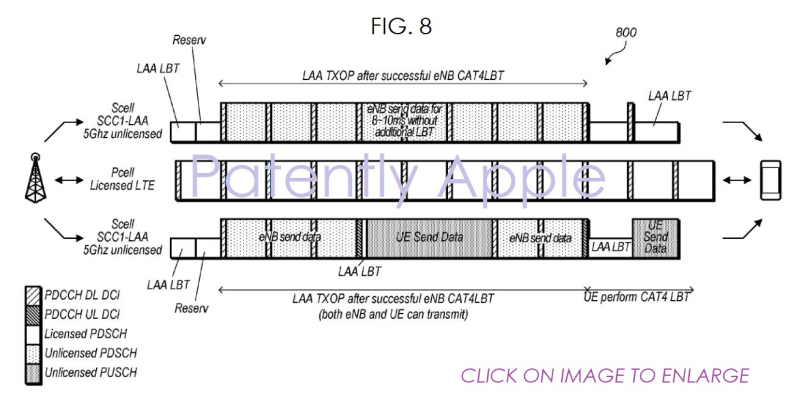 You definitely have to be a wireless geek to really enjoy this complex wireless technology patent covering new standards coming to future iDevices in the 5G era. The patent includes sub-chapters as follows:

For those daring to review this invention, check out Apple's patent application #20180139617 that was originally filed back in Q4 2017.

Considering that this is a patent application, the timing of any new wireless standard discussed coming to market in iPhones or other iDevices is unknown at this time.