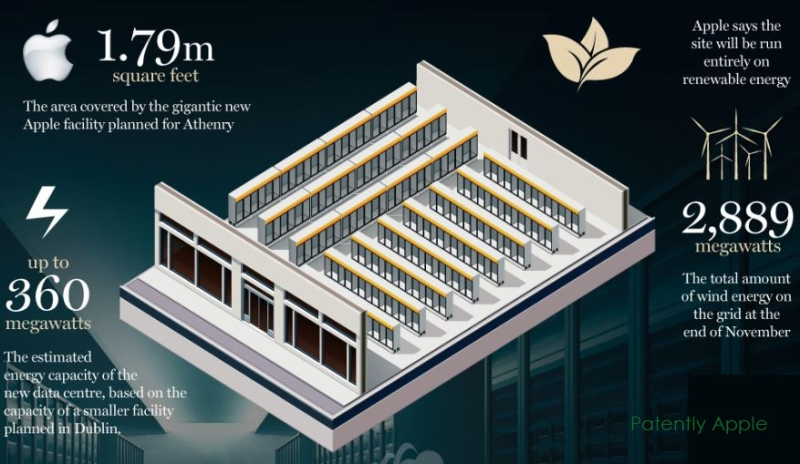 Apple's plans for a data center in Ireland took too long to get approved and Apple simply moved on to opening a European data center in Denmark. The saga began in July 2017 with Ireland's IDA calling for a shake-up in Ireland's planning system before Apple's data center for Ireland that was proposed in 2015 moves on to another European country. In October 2017 the High Court woke up and gave Apple the green light for the Billion dollar data center in Athenry. In November Ireland's first gay Prime Minister personally visited Apple's CEO in an attempt to save the data center. The PM's plea was too little too late as Apple simply moved on. And while there was a tiny glimpse of hope that Apple could change its mind for a future data center, Apple officially scrapped the Athenry data center according to a report by Ireland's RTÉ today.

The publication reports today out of Ireland that "Apple has announced that it is not going to proceed with its planned data center in Athenry, Co Galway. In a statement, the company said despite its best efforts, delays in the planning approval process had forced it to make other plans."

Apple reportedly added that while disappointing, the setback would not dampen its enthusiasm for future projects in Ireland as its business grows.

The decision, while not entirely unexpected, will come as a bitter blow to supporters of the project in the Galway town and the wider economy.

The project had been bogged down in planning delays since it was first announced more than three years ago.

Details of the decision were communicated in a letter to lawyers for objectors to the scheme ahead of a Supreme Court hearing on the matter.

At the court this morning, counsel for Apple told Chief Justice Frank Clarke that the company will not now proceed with the Athenry project and are withdrawing from the proceedings.

"We've been operating in Ireland since 1980 and we're proud of the many contributions we make to the economy and job creation," Apple said in a statement released to RTÉ News this morning.

"In the last two years we've spent over €550 million with local companies and, all told, our investment and innovation supports more than 25,000 jobs up and down the country.

Earlier today, Minister for Business, Enterprise and Innovation Heather Humphreys issued a statement, saying: "I very much regret that Apple will not be pursuing its plans to construct a data center in Athenry, especially as the project would have been a source of significant investment and job creation for Galway and the west of Ireland.

The decision by Apple to scrap plans for Athenry will reignite debate about whether major infrastructural investments by companies here should have a fast-track process. For more on this read the full report here.

In the end I think we can all hear it; yes, the sound of heads rolling for falling asleep at the wheel and allowing jobs to be lost in a tiny part of Ireland because of ancient systems unable to meet the speed of business transactions today.