Home Archives Contact Us Subscribe Twitter MeWe Facebook Patently Mobile
Digitimes Attempts to create a rumor of a rumor based on pure speculation about the Future of an ARM based MacBook Pro
Apple Granted 44 Patents today covering an iPhone with a Wraparound Display, Apple Pencil with Force Sensing & more 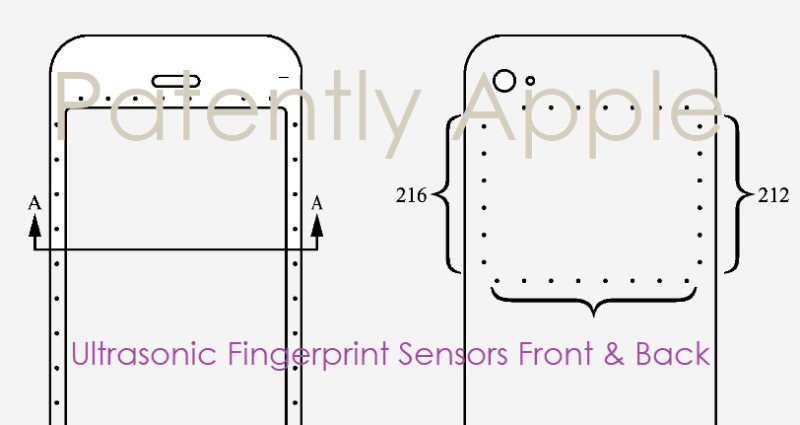 The U.S. Patent and Trademark Office officially published a series of 44 newly granted patents for Apple Inc. today. In this particular report we cover a fascinating new ultrasonic fingerprint sensor system that could be set on both the front and backside of an iDevice. This report also covers a fingerprint reader built into the display of an iDevice and built-in bezel controls for iDevices. Yet perhaps the most interesting granted patent of the day goes to a mysterious design patent for a possible future MacBook. A number of Apple's patent figures display a consistent mysterious element that will definitely leave you wondering what they might have up their sleeve. 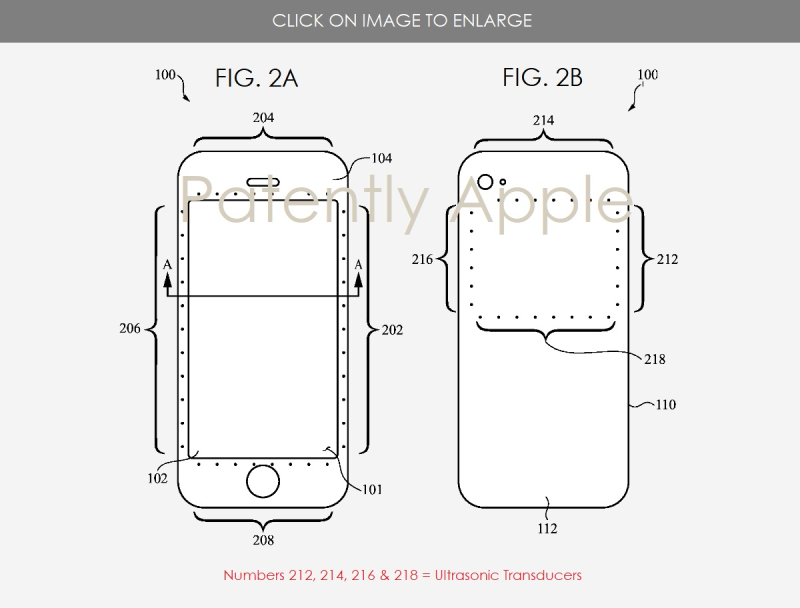 Patent: Fingerprint Sensor under the Display 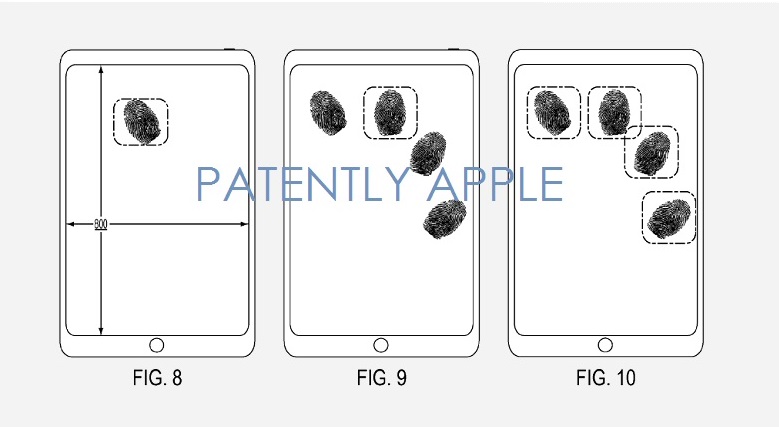 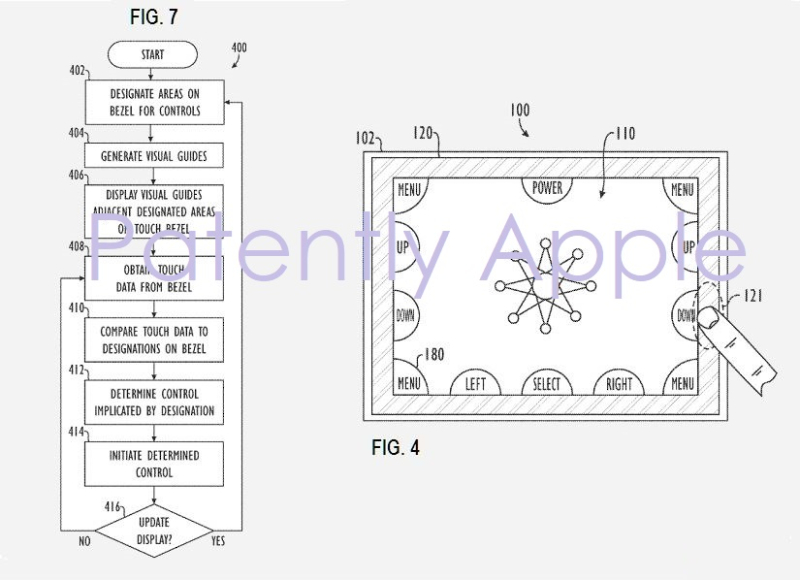 Apple's granted patent was originally filed in Q2 2015 and published today by the US Patent and Trademark Office. You could learn more from the original patent filing that we covered back in 2010 here.

Apple was granted design patents for their AR icon or glyph and MacBook.

Will Apple include the MacBook Pro "Touch Bar" to the MacBook in the future? Is Apple illustrating a possible Virtual keyboard / Apple Pencil area to replace the traditional keyboard? Patently Apple posted a report on one of  Apple's patent applications on this possibility back in March titled "Apple Invents Keyless Keyboards for Macs and iPad Pro with Morphing Interface Options for Gaming, Music & more."

This is by far the most mysterious and interesting design patent that I've seen from Apple in some time. I don't know about you, but it definitely has my attention. What will Apple fill that blanked out area with? 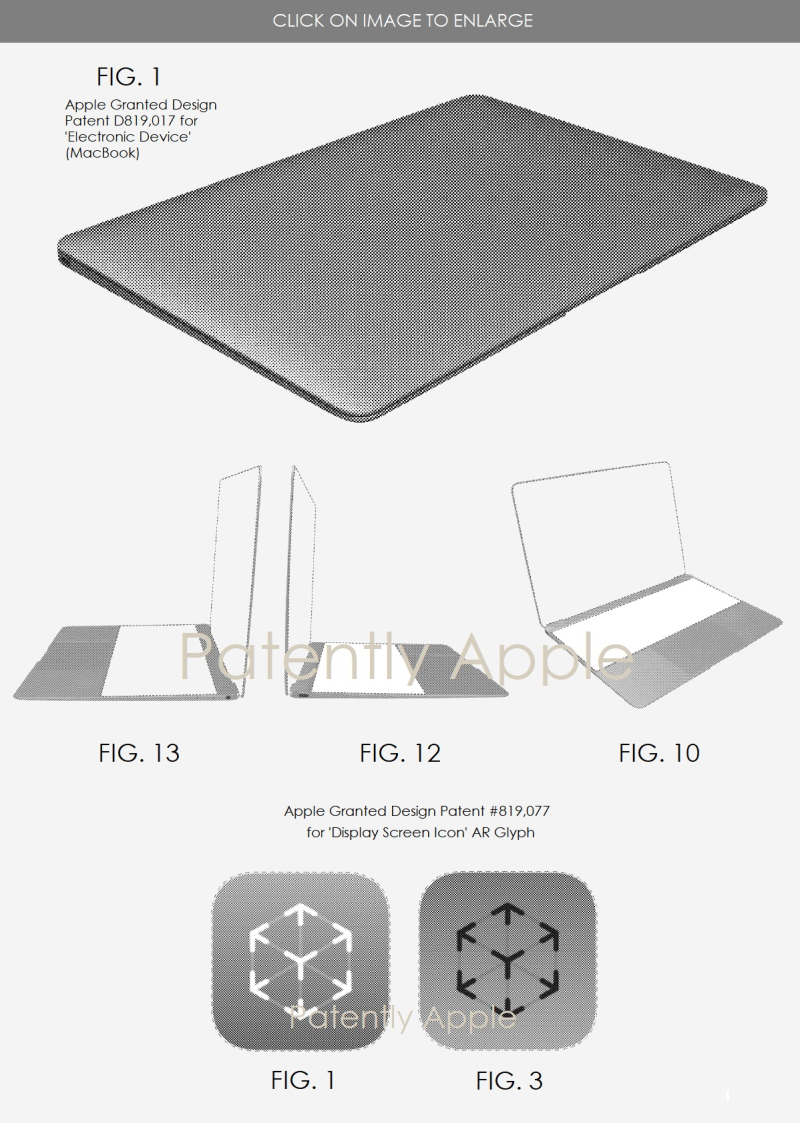