The U.S. Patent and Trademark Office officially published a series of 44 newly granted patents for Apple Inc. today. In this particular report we cover Apple's second win for an iPhone with a wraparound display this year, Force Touch extended to Apple Pencil and earphones with ear presence sensors that are used in AirPods. We wrap up this week's granted patent report with our traditional listing of the remaining granted patents that were issued to Apple today.

Apple has been working on an iPhone with a wraparound display since at least 2011. Our first report revealing this invention was posted back in 2013 which you could review here for more details. We've followed this invention over the years and in 2015 we posted a follow-up report with Apple filing additions to their patent claims as we clearly laid out here. Today Apple was finally granted a patent for this invention under number 9,983,630. 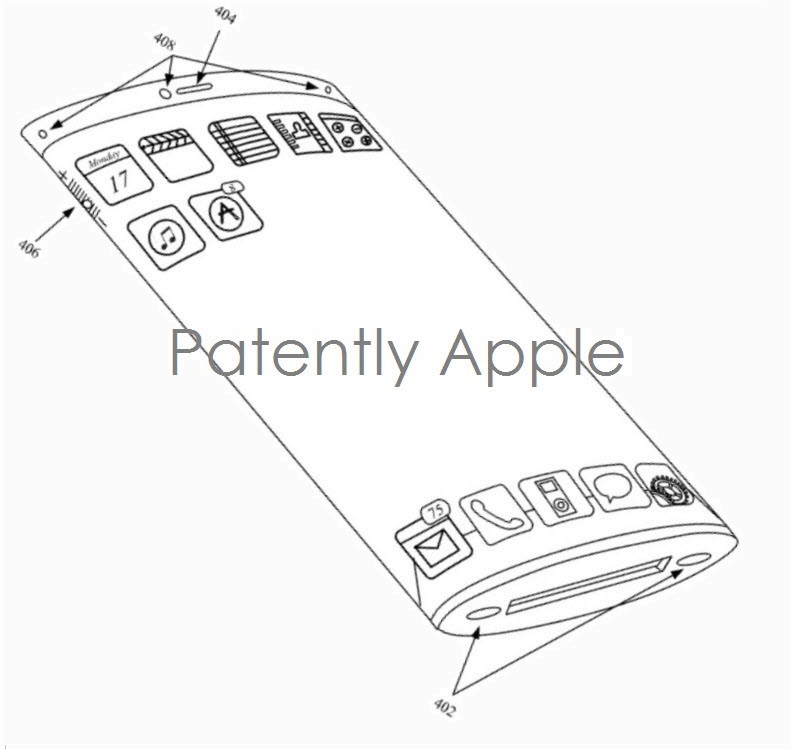 Patently Apple posted a granted patent report back in March about another style of iPhone with a wraparound display that could possibly use the strength of liquid metal for the wraparound glass for their design.

Apple's newly granted patent covers their invention relating to a stylus for providing input to a computing device, and more particularly to a stylus capable of sensing and measuring force exerted by the stylus on a surface. 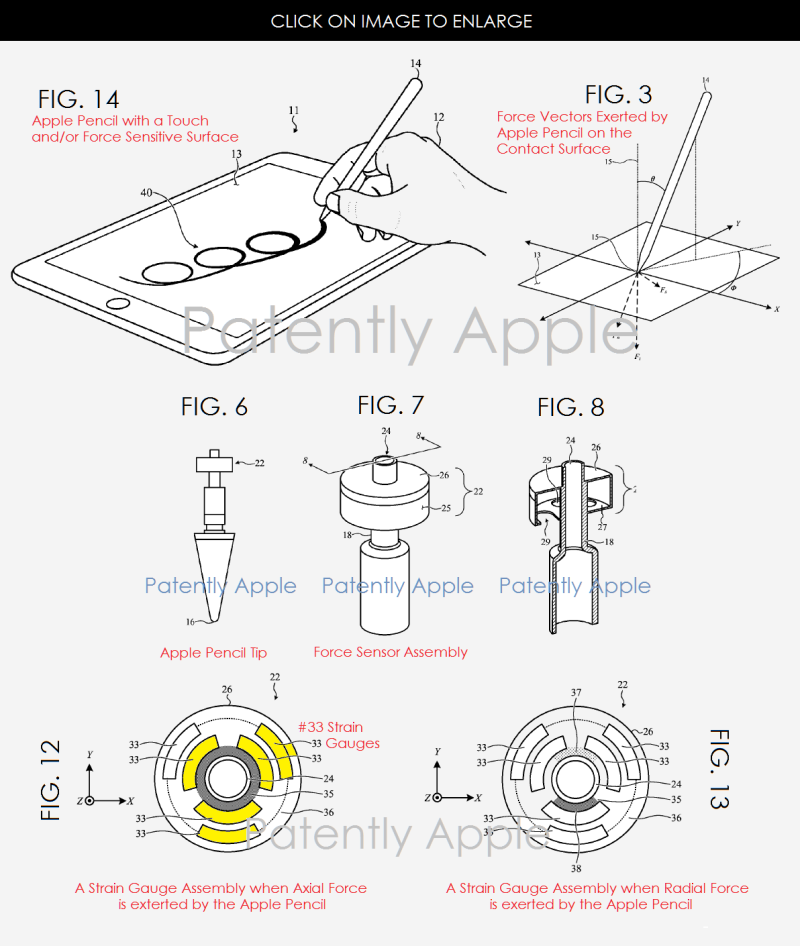 Apple's granted patent 9,983,696 was originally filed back in Q3 2015 and published today by the US Patent and Trademark Office. Patently Apple first covered this granted patent as a patent application back in June 2016.

Lastly, Apple was granted a patent for "Earphones with ear presence sensors." The technology in this patent was used in Apple's AirPods, such as removing one AirPod to listen to someone speaking to you will automatically stop the music or tune you were listening to. 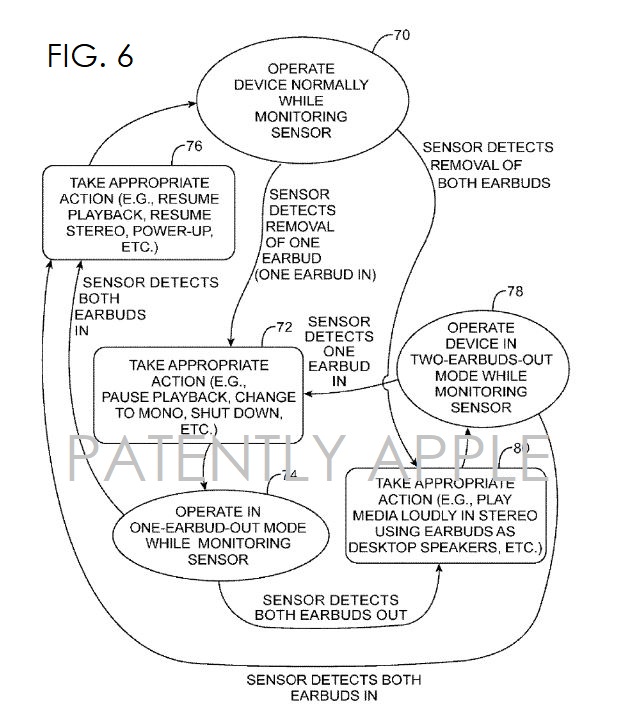 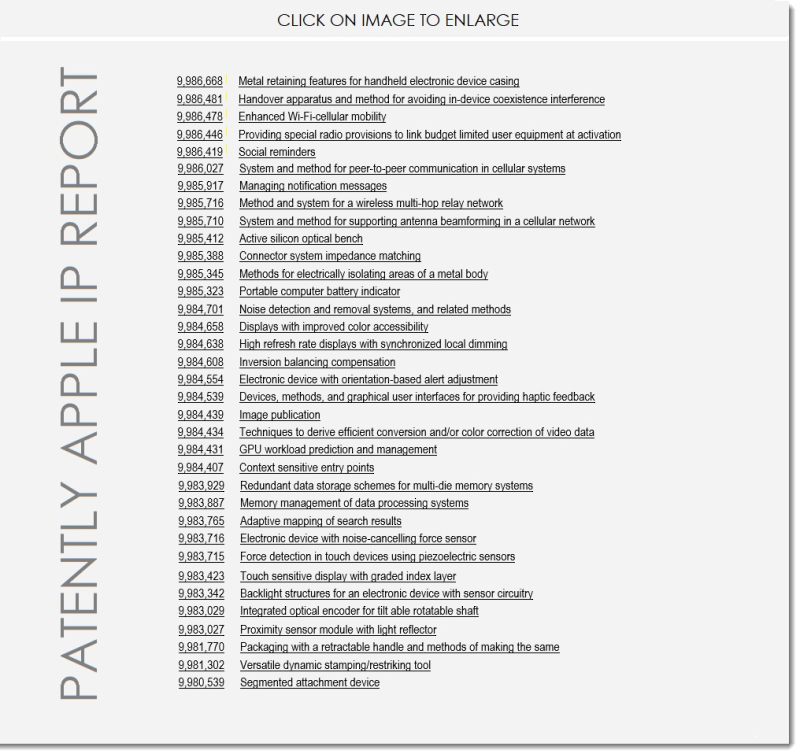