Today the US Patent & Trademark Office published patent applications from Apple that cover enhancements to Apple's TrueDepth camera along with a new MacBook Pro Touch Bar feature that will allow users with low-vision problems work with the Touch Bar easier.

Enabling Low-Vision Users to Interact with the MacBook's Touch Bar 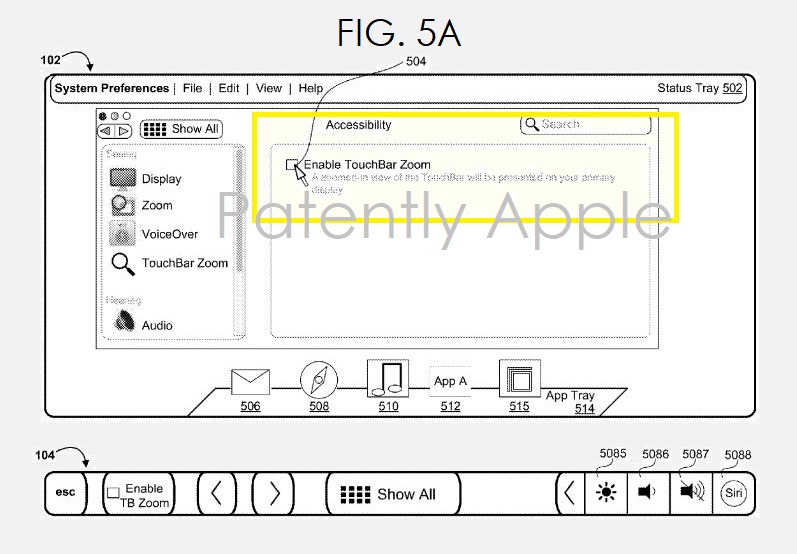 The clearest example of this proposed accessibility feature is found in patent FIG. 5A which illustrates the MacBook Pro's primary display displaying a user interface for a system preferences application, in which an Accessibility option for "Enable Touch Bar Zoom" is presented.

Apple further notes that FIG. 5A shows user selection of the enable touch bar zoom checkbox using a cursor 504 (in some embodiments, the primary display is also touch-sensitive and, thus, a user may provide an input using their finger or a stylus instead of using the cursor 504).

In February Patently Apple reported on Apple's granted a patent covering their depth mapping engine that was part of Apple's new iPhone X TrueDepth camera. Today the U.S. Patent Office published a continuation patent wherein Apple adds new patent claims to better cover and protect their invention. Some of the additions that quickly stood out include the following:

Patent Claim #5 adds that a "transmitter comprises a laser." 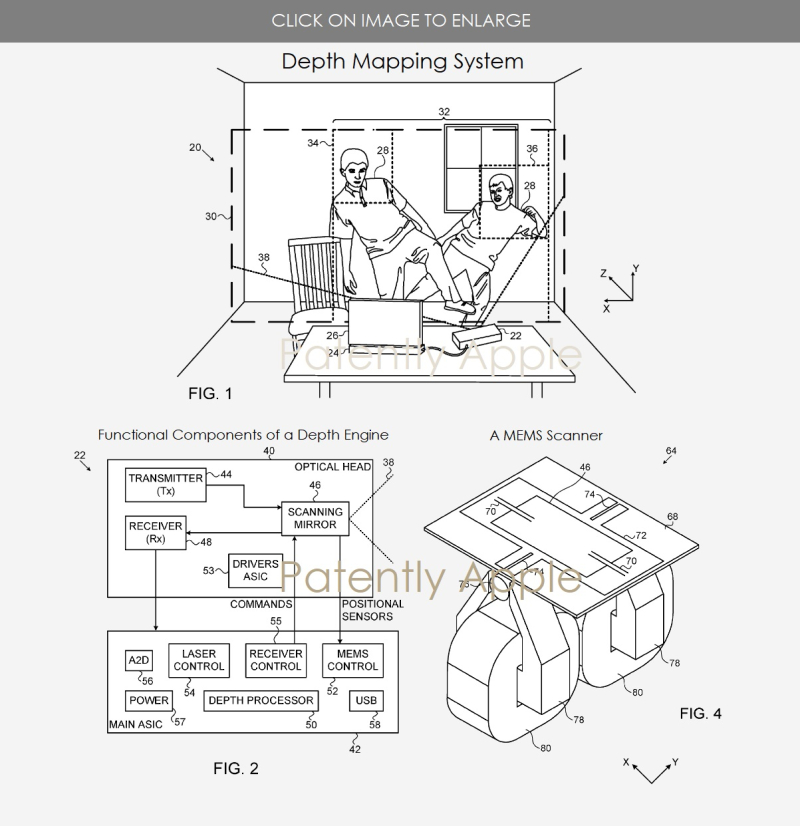 To review other additions, compare the patent claims of their February granted patent with today's continuation patent.