In March Patently Apple posted a granted patent report covering yet another wraparound display win for Apple. On Thursday the U.S. Patent Office published a continuation patent for this invention. This time around Apple may have shown their preference for the wraparound display style in that it provides a seam at the bottom of the design as noted in our cover graphic as opposed to the circular or triangular models noted below. Apple also added to the patent claims that this is a portable device with wireless communications which translates and confirms that this is a protected iPhone design. Whether Apple ever chooses to go with such a design is only a mystery that the Cupertino gods could answer. 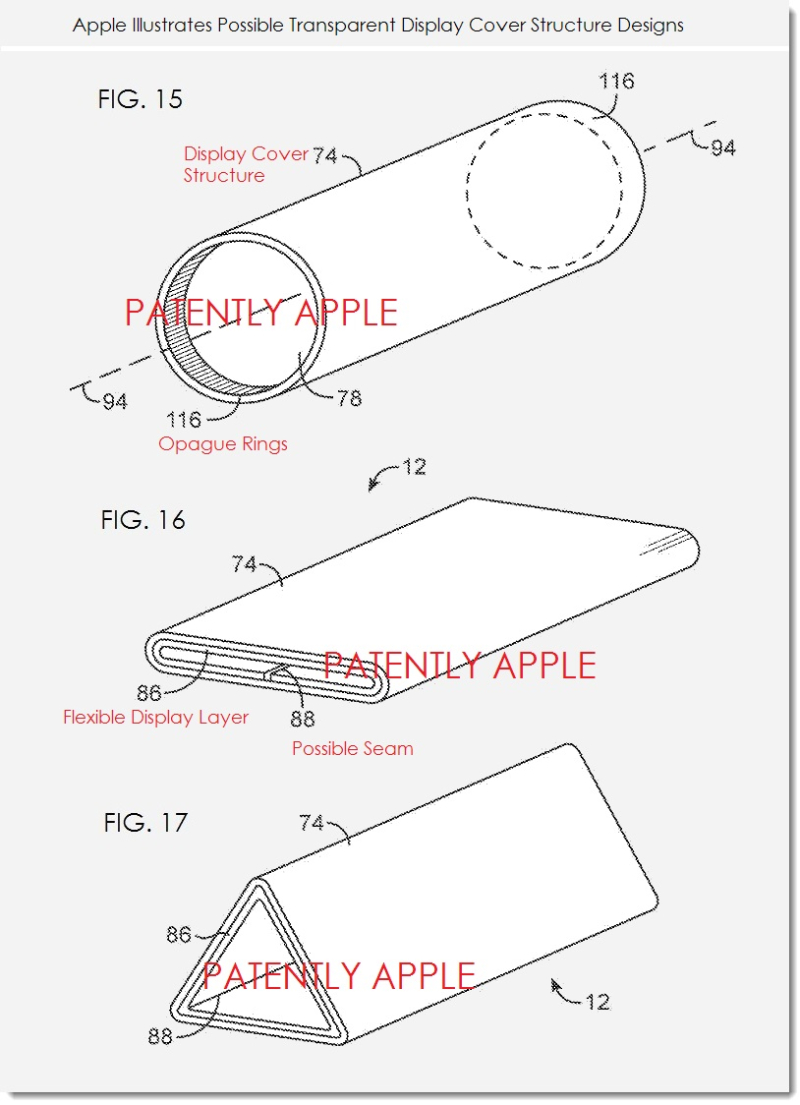 Apple continues to evolve their invention and to ensure that the important aspects of this new styled smartphone are protected they've added new specifics that are presented to you bellow:

As an example, today we've shown you that Apple has added the "rigid transparent display cover structure" to its patent claims. This is explained in the original report that this represents a "liquid metal" glassy material.

This week's "continuation" patent application 20180120903 was published by the US Patent & Trademark Office titled "Electronic Device with Wrapped Display."

Side Note: This week a popular UK blog by the name of Wearable published a report titled "What patents actually tell us about the future of the Apple Watch" wherein MacRumors Eric Slivka and myself provided information for the report. You could check out the report out here.