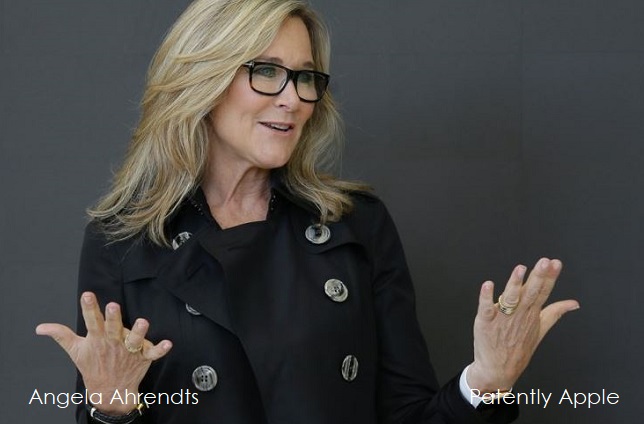 Ralph Lauren Corporation, a global leader in the design, marketing, and distribution of premium lifestyle products, today announced that it plans to add Angela Ahrendts and Michael George to the Company's Board of Directors. The Board intends to nominate Ms. Ahrendts for election at the Annual Meeting of Stockholders, expected in August 2018.

Mr. Ralph Lauren, Executive Chairman and Chief Creative Officer said in a statement that "Angela is an industry leader and innovator with deep expertise in luxury retail and an outstanding track record of growing global brands."

Patrice Louvet, President and Chief Executive Officer, added that "Angela and Mike are among the most respected leaders in the business. They each have driven strong growth and created superior value at some of the best-known brands in retail, and I know we will benefit greatly from their experience and fresh perspective as we continue to elevate our brand; evolve our product, marketing and shopping experience; expand our digital and international presence; and increase productivity."

The statement further added that "Ms. Ahrendts has served as Senior Vice President of Retail at Apple Inc., since May 2014. She oversees strategy, real estate and development, and operations of Apple's physical stores, online store and contact centers. Ms. Ahrendts joined Apple from Burberry where she served as Chief Executive Officer and as a Director on the Board from 2006 to 2014, and led the company through a period of outstanding global growth. Previously, she was Executive Vice President at Liz Claiborne Inc., and earlier in her career served as President of Donna Karan International."

Angela Ahrendts added to the announcement statement: "I have admired Ralph and been inspired by his pure global lifestyle vision for many years. It is an honor to join this Board as he and Patrice continue to evolve and expand his incredible aesthetic."

Ahrendts may simply want to keep a foot in the fashion industry which is her obvious first love and assisting the Ralph Lauren Corporation in their "digital presence," may be something that her experience with Apple could be of great value.

Could there be any other reason for this appointment? In a long-shot, it could be that Ralph Lauren is looking to expand on their smart clothing line. The U.S. team at the Winter Olympics in South Korea this year wore heating jackets made by Ralph Lauren. In 2015 they introduced the PoloTech smart shirt.

Behind the scenes there's been a quite revolution in the making regarding smart clothing. Google has been working closely with Levi Strauss in Project Jacquard as noted in the video below.

Patently Apple first reported on this in November 2017 in a report titled "Smart Interactive Garments may be closer to Market than we think and Google may have the Jump on Apple."

Patently Apple has since opened a new "Smart Fabric & Clothing" archive to stay on top of Apple's patents touching on this new area of technology.

With Apple having patented a number of smart fabric inventions, they like Google, have to work with a leading clothing brand in the hopes of bringing their technology to market. Angela Ahrendts would be the perfect representative for Apple to open that door and relate intimately with the Ralph Lauren Corporation.