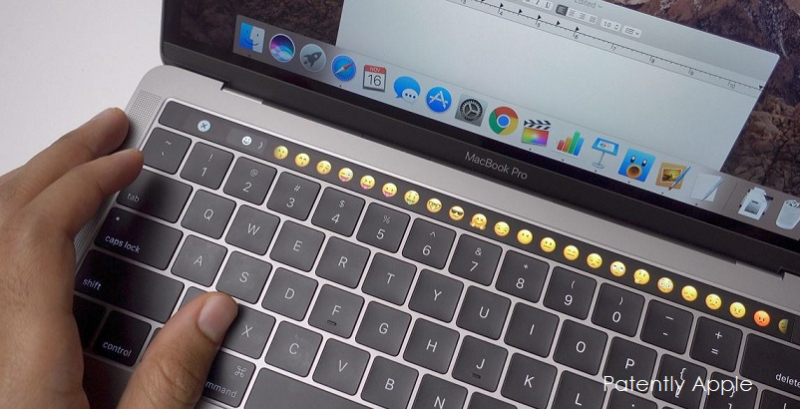 When a Canadian YouTube Vlogger screwed up and asked for Apple's help with an expensive iMac Pro damaged by they're own stupidity, Apple said no and indirectly made it impossible for the Vlogger to get his iMac Pro fixed by a third party. Instead of seeing it as a human story, some in the Apple community, like in ancient Rome, gave the Vlogger two thumbs down pointing out legal clauses – therefore making him instantly guilty. The owner of Linus Tech Tips knew he'd have to pay for repairs but the case was closed with no mercy.

When the BBC reported on iPhone customers getting screwed over with the replacement battery issue this week, the legal beagles in the Apple community didn't care about the human side of the story, they simply pointed to a legal clause, end of story: Guilty.

When the slowing battery issue came to light late last year, Apple's Tim Cook lied and said Apple customers should have read the update notes. In reality, the notes only came out later, after the lawsuits came crashing in, not before as Cook had eluded to. Here, Apple fans couldn't have cared less about some tiny legal clause and they filed class actions en masse. Yet Cook coldly tried to slough it off as a legal clause issue in order to justify denying Apple fans of any justice.

An Apple news site this week banged the drum about a possible defective keyboard issue and shortly thereafter charge.org started a petition to recall every MacBook Pro since 2016 and replace them with new keyboards.

Funny, I'm not hearing Apple bloggers referring to a single legal clause with this issue because some of them are among those complaining. Funny how something is viewed when the shoe is on the other foot.

One of those on the petition by the name of Mr. Johnston testified that "neither Apple nor its Geniuses would acknowledge that this was actually a problem." Huh, I'm sure that what Apple iPhone customers in the UK said the exact same thing this week over the battery issue, but they were dumbed-down to being nobody-Apple fans, deplorables if you will, who ignorantly didn't know Apple's legal clauses by memory.

But once famed Apple writers like John Gruber step in to say that "the keyboard has to be one of the biggest design screwups in Apple's history," then something is likely to get done just because he's a pal of Apple's Phil Schiller, right? Well, maybe, maybe not. 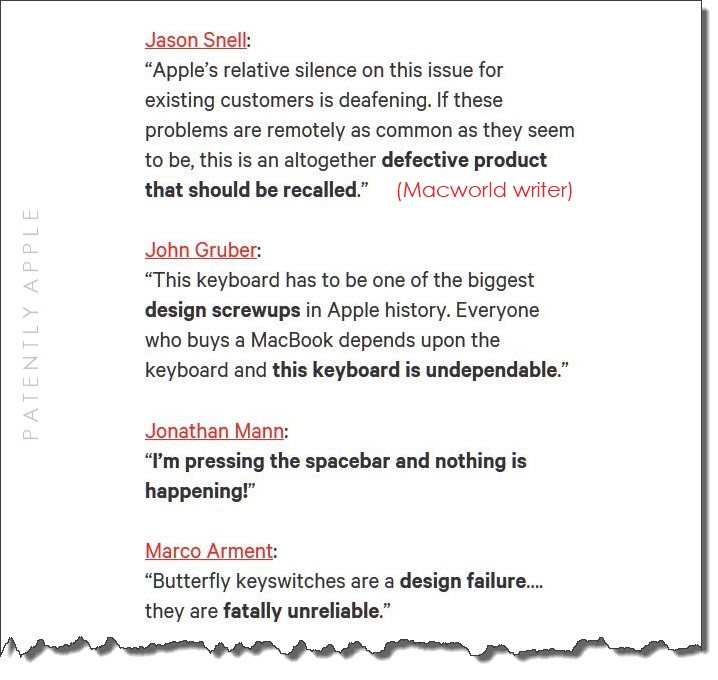 At the end of day, if you're an elitist Apple blogger with a big enough megaphone, justice may boil down to politics rather than legal clauses. It may very well come down to how much mayhem these elite bloggers are able to generate.

Apple won't budge on legal grounds so as to not set a precedent, but they may bend if their Pro market erupts loudly and long enough and the Apple blogosphere is set on fire with anger over the MacBook Pro keyboard problem.

If Apple feels that this issue could wake up the EU Commission and risk yet another investigation by this anti-Apple government entity, then yes, Apple may bend and allow MacBook Pro users to get a new keyboard at a discounted price like they're doing now with iPhone batteries.

Apple will want this to go away because they lose both ways. If they budge, then their reputation for making premium products at premium prices takes a hit as this will be the second hardware issue in the last six months. If they don't budge on this matter their Pro customers will once again give them a PR black eye that could lead to more defections.

Coming off another record quarter, Apple needs this issue blowing up in their face like a hole in the head.