While Samsung's Memory Chip Business is Booming, Reality is pointing to Real Problems for their Smartphone Business 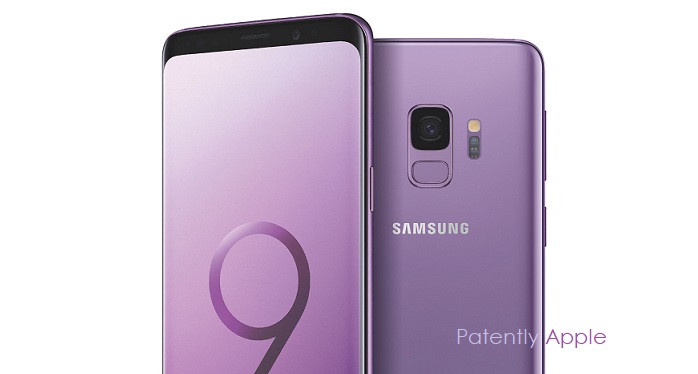 Samsung Electronics Co. beat analysts' profit estimates on booming exports of memory chips, but warned of challenges in smartphone demand in the coming months. Challenges that are in large part, unique to Samsung.

"Although the results demonstrate the chips business is strong, Samsung offered no such reassurance for the smartphone industry, where suppliers have issued gloomy outlooks and seen their shares fall in the past two weeks. The Korean company said its own mobile division will see declining profitability amid weak demand," reports Bloomberg.

In March Patently Apple reported that Koreans weren't impressed with the new Galaxy S9. In April we reported that Samsung lost face in China as their market share had collapsed. On Tuesday we also reported that Xiaomi overtook Samsung in India with spectacular growth that will continue and hurt Samsung this year. With Xiaomi opening 100 stores by the end of next year, Samsung may have lost their lead in India forever.

In contrast we reported yesterday that Apple's growth for Q1 in China, their second largest market in the world, was a spectacular 32% according to Counterpoint Research. So what's happening to Samsung is not necessarily indicative of the smartphone industry as a whole.

Samsung who was once the hands down king of Android smartphones is being challenged by China's smartphone vendors Huawei, Oppo, Vivo and Xiaomi.  If Huawei and Xiaomi were ever able to enter the U.S. market, they would decimate Samsung's status.

Samsung is lucky this year with the U.S. government shutting Huawei out of the U.S. market and today we're learning that the U.S. is probing Huawei for possible Iran sanctions violations. If Huawei would have been able to enter the U.S. market this year, Samsung's status have been severely damaged. They were saved by the bell.

In that light, Samsung issuing a warning in a statement that its mobile business will see "stagnant sales of flagship models amid weak demand and an increase in marketing expenses" in the current quarter – it's really more reflective of their distinct market problems as we've outlined above.

Jusy Hong, analyst for mobile devices at Financial Services Company IHS Markit, stated in the Bloomberg report: "Samsung is facing competition from every direction, from Chinese-based OEMs in the low- and mid-end segment and from Apple in the high-end segment."

To make matters worse, Apple is negotiating with Samsung for lower OLED prices for their fall line-up of new iPhones. With other OLED vendors lining up for Apple's business, Samsung doesn't have much of a choice.

At the end of the day Samsung appears to be attempting to cast a massive cloud over the smartphone industry as a whole while their problems are very unique in that they're beginning to lose the Android smartphone crown; First in China, now in India and who knows where next.

Samsung pointing to Apple's slower iPhone X display orders is a way of painting a negative picture for their rival. However, Apple launched the iPhone 8, iPhone Plus and iPhone X during the holiday season and so collectively Apple is doing fine as noted in yesterday's report about their performance in China. The iPhone mix is what others are missing. It's not just an iPhone X strategy for Apple.