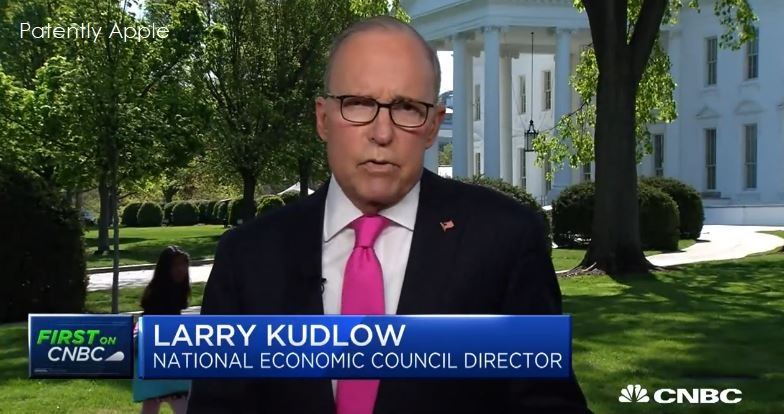 Kudlow noted that Cook "…loves the tax cut and tax reform. He said it's great for business." Kudlow added that Apple is going to be building plants, campuses, adding jobs, lots of business investment. That was the first point he made to President Trump.

"Tim Cook was most helpful, I really enjoyed the meeting," Kudlow told CNBC's "Squawk on the Street."

While we'll never know the specifics of the conversation, Kudlow noted that "I spent a good amount of time with him, and then we came back and we visited the POTUS. He has a lot of experience in China, obviously. He was very helpful in making some suggestions."

President Donald Trump says he's sending some of his top economic advisers to China "in a few days" for talks on the simmering trade tensions between the world's two largest economies.