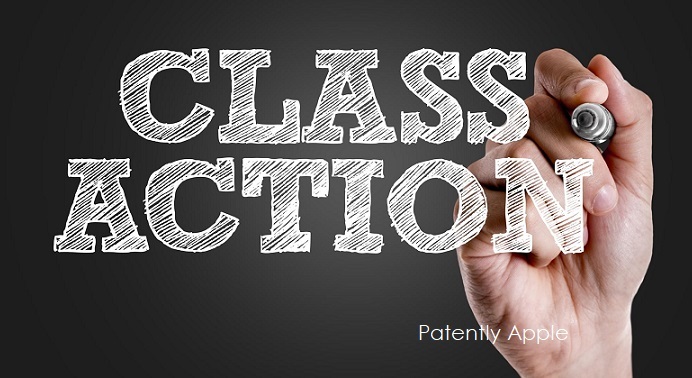 The National Corporation of Consumers and users of Chile filed a Class Action against Apple yesterday afternoon for slowing iPhones in X in the Northern District of California, San Jose Division. The plaintiff is described as a private non-profit organization with its principal place of business in Santiago, Chile. The plaintiff was founded in 1996 with the purpose to inform and educate consumers and assume their legal representation and defense. Other countries suing Apple on this same issue include France, South Korea, Australia, Israel and Canada to date in 2018. The plaintiff is demanding $5 billion as noted in the graphic below from the court docket.

The plaintiff's court filing presents a segment titled "Nature of the Action" and it states the following verbatim: "Apple promised that its recent iOS 10 and iOS 11 software updates for the iPhone 6 and iPhone 7 models would improve those devices' performance. Apple also made it nearly impossible for its customers to refuse those updates. But Apple didn't tell its customers that it intentionally designed those software updates to slow the devices' processing speed to correct a battery defect. Yet Apple happily took its customers' money when the customers, dissatisfied with their now-slower devices, purchased new and more expensive iPhones. Apple finally came clean in December 2017    under public pressure, admitting its software updates slowed processor speed. Consumers around the world were forced to either purchase new phones for hundreds, if not thousands, of dollars or continue to struggle with their slowed devices.

It's clear the plaintiff's position is that Apple purposely slowed iPhones so as to push customers to upgrade more often. Their formal complaint states that "Despite the iPhone's importance, Apple has struggled with problems in its flagship product. According to Apple's 2017 Form 10-K, 'iPhone net sales decreased during 2016 compared to 2015. The Company believes the sales decline was due primarily to a lower rate of iPhone upgrades during 2016 compared to 2015 . . . .'"

The plaintiff's formal complaint further added that "Specifically, Defendant has since admitted that the iOS 10 and iOS 11 Updates deteriorated the performance of the Affect Phones by causing:

b. Lower frame rates while scrolling;

f. Disabling the camera flash; and

g. Apps refreshing in background may require reloading upon launch.

The Concealed Facts were material because the decrease in processing speed significantly impacted the functionality of Plaintiff's members' iPhones.

By its misrepresentations and omissions, Defendant, upon information and belief, intended to induce Plaintiff's members to purchase newer iPhone models to increase profits and improve Defendant's business as a whole."

Below are the four causes of action listed in the plaintiff's formal complaint: