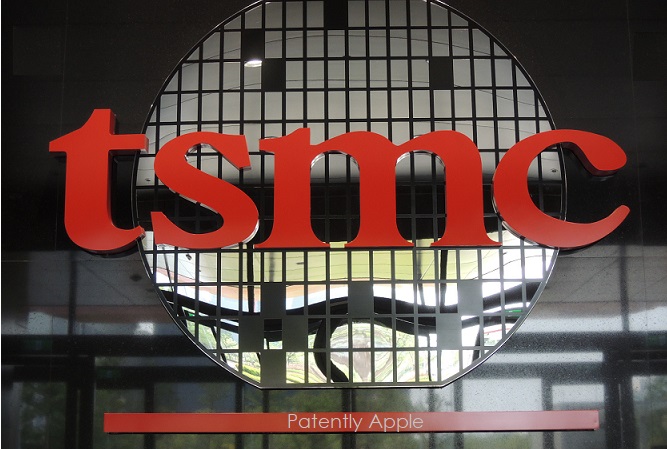 It's being reported today that Apple supplier TSMC (Taiwan Semiconductor Manufacturing), the world's largest contract chipmaker, reported a 2.5 percent rise in net profit at T$89.8 billion ($3.1 billion) - in line with market estimates and a record for the first quarter.

For the second quarter, TSMC sees revenue in a range of $7.8 billion to $7.9 billion, 10.5 to 12 percent higher than a year earlier. That's very positive and yet looking at the second half of the year, TSMC revised their revenue target a fraction which has the media in a frenzy, always looking for a morsel of information that might hurt Apple.

How bad could the second half possibly get? Revenue for 2018 is likely to grow 10 percent rather than the earlier forecast of 10-15 percent, Co-Chief Executive C.C. Wei told an earnings briefing. Say what? They might be 5% off and yet still ahead for the year? And that's why Wall Street is freaking out?

Further, "TSMC said it expects growth this year of 5 percent for the global semiconductor industry, weaker than an earlier forecast of 5-7 percent, and 8 percent for contract chipmakers, rather than its previous forecast of 9-10 percent." This aspect of the forecast is off 2%. Does that warrant the over reaction on the market?

Reuters second report noted this morning that "Shares of Apple (AAPL.O) were also off 1.3 percent in premarket trading. Brokerage Mizuho Securities USA said weak demand for iPhone 8 models could dent the company's third-quarter forecast." Down on speculation of the iPhone 8 performance?

Apple can't respond to this directly because they're in their quiet period prior to reporting for fiscal Q2 / Calendar Q1 financials on May 1, 2018.

In the first Reuters report there was also a positive note about PC's of all markets. TMSC stated that they expect high-performance computing chips to make up 40 percent of the company's growth over the next five years, from an initial estimate of 25 percent. The chips are used in such quick-growing fields as artificial intelligence, cryptocurrency mining and blockchain.

The one line that got the media and Wall Street in a tizzy was this: "The China market started to pick up in smartphones, but TSMC's smartphone segment, which is very high end, was softer," Wei said.

Qualcomm will directly be hit by the US government banning US companies dealing with ZTE and that could definitely play a role in a slight revised forecast. That represents about 21 million phones with Qualcomm chips likely produced by TSMC.

And lastly, TSMC stated another factor for the possible minimal slowdown, "uncertainty in cryptocurrency mining market." That uncertainty would mainly fall on Nvidia, another major TSMC customer. For more on this story, check out the full Reuters report here.

All-in-all, the knee-jerk overreaction over a mild forecast revision by TSMC is completely out of step with reality and linking it directly to it being an Apple problem is disingenuous at the very least.