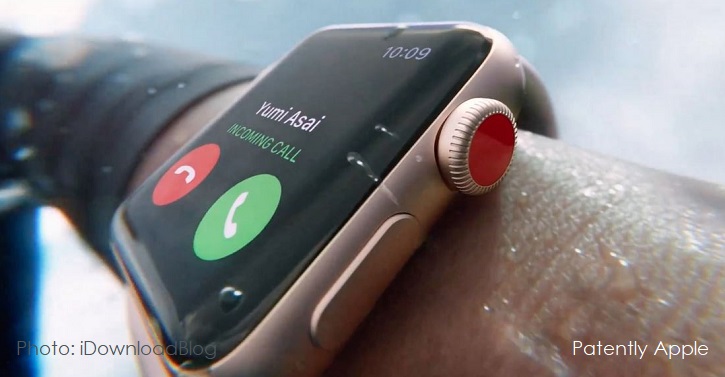 In November Patently Apple posted a report about Apple working with TSMC on a touch phase of next-gen Micro-LED Displays. Then last month we reported on Apple's Secret Micro-LED Display Testing Plant in California that rattled display maker stock in Asia. A report back in 2017 touched on a key patent that Apple's LuxVue owned that could be a breakthrough in manufacturing micro-LED displays. In that report we also pointed to chart of products likely to use micro-LEDs and smartwatches was noted as one of the first products that could come to market in the 2019-2020 timeline as noted below. 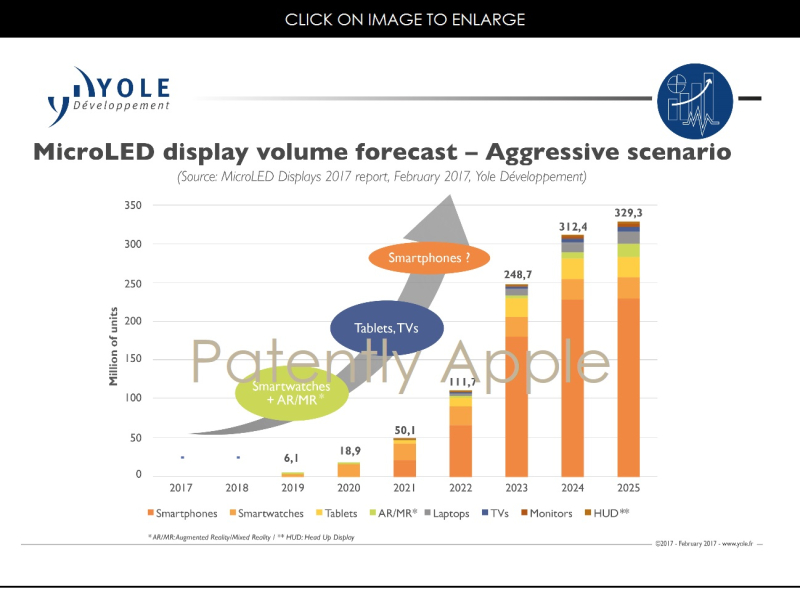 Today the supply chain rumor mill is claiming that Apple is now gearing up efforts to develop micro LED panels for both small-size and large-size applications and has received support from Taiwan Semiconductor Manufacturing Company (TSMC) for the making of small-size ones.

Apple is working with TSMC to develop micro LED panels on silicon-based backplanes for use in the Apple Watch and an augmented reality (AR) wearable device. Patently Apple reported on a patent application for smartglasses last July.

Apple is also working on another project developing large-size micro LED panels on TFT-based backplanes and will use them in products sized much larger than its MacBooks, according to Digitimes Research's senior analyst Luke Lin.

Citing his upstream sources, Lin pointed out that Apple is preparing two sizes of micro LED panels for small-size applications: a 1.3- to 1.4-inch one for its future Apple Watch and a 0.7- to 0.8-inch one for an AR wearable device, potentially AR glasses.

While the rumor on Apple Watch sounds reasonable, the smartglasses rumor may be a bit of a stretch. In a report in January on smartglasses I noted that Apple's CEO Tim Cook told UK's Independent that AR Glasses were still a ways off.