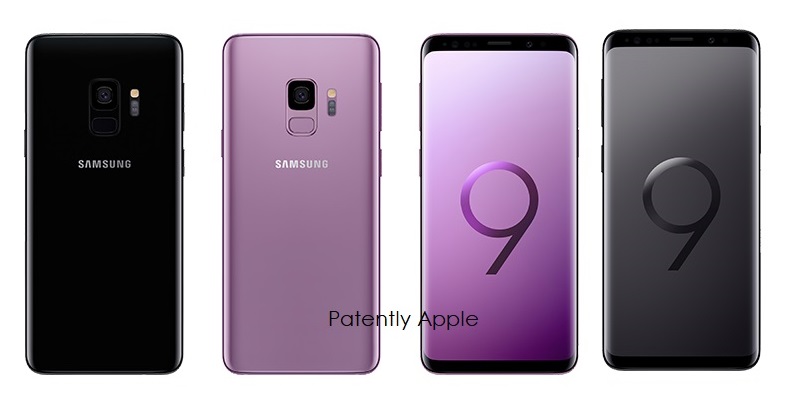 During the holiday quarter 2017, Apple's strong iPhone X sales catapulted the activations into first place. With the Samsung S9 launching in Q1, the tables have switched, with Samsung having more activations than Apple in Q1 2018 according to the latest report from Consumer Intelligence Research Partners, LLC (CIRP). Then again, with Samsung giving the Galaxy S9 away in promotions, are activation numbers really a meaningful statistic?

CIRP released analysis of the results of its research on mobile phone operating systems and brands for the calendar quarter that ended March 31, 2018. This analysis features findings about market share trends in mobile phone brands in the US from January-March 2018.

CIRP research shows that in the March 2018 quarter, Samsung accounted for 39% of US mobile phone activations with Apple accounting for 31% Apple had 31% and LG with 14%. All other brands accounted for 17% of activations. 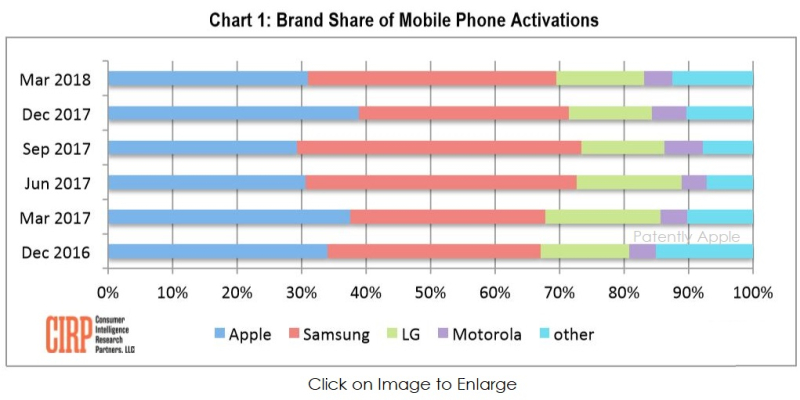 Josh Lowitz, Partner and Co-Founder of CIRP: "As in most quarters, Samsung had the greatest share of activations. Shares of course vary seasonally and based on product launches. Apple led in the December 2017 quarter, following the launch of new iPhone 8, 8 Plus, and including the launch of iPhone X.

As iPhone demand settled in after these launches, and Samsung brought its new Galaxy S9 and S9+ to market, shares reverse, returning to the levels seen in recent quarters. Samsung improved its share over the March 2017 quarter, and over the December 2017 quarter. Last year at this time, Samsung lost share relative to the December 2016 quarter." Mike Levin, Partner and Co-Founder of CIRP: "We see increasing brand loyalty, following the long-term gains in operating system loyalty. Apple customers have historically been very loyal, with 80-90% or more of customers upgrading from one iPhone to another. Now we see increasing loyalty with other brands as well. Samsung has seen loyalty rates over 70% for the last year, and LG and Motorola added several percentage points to their respective loyalty rates."

Of course in the bigger picture Samsung's tiny win for activations in Q1 2018 is a speck of irrelevancy. What matters in business is profit. Just in case you missed it yesterday, Apple's iPhones took 86% of smartphone industry profits during the holiday quarter. So a handful of more activations than Apple in Q1 is unlikely to move the needle much on the profit front.

And one more thing: The activations have to be put into perspective as well. Without Samsung's massive 2 for 1 deals, they would have lost out to Apple if things were fair. So there's really no value to this "analysis" on activations with nice color-book charts– except for making a few Galaxy fans temporarilty happy.