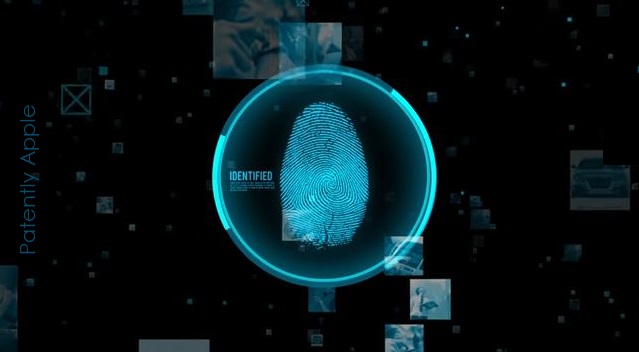 Samsung has had problems over the years with trying to match the ease and accuracy of Apple's Touch ID. For the Galaxy S8 they disastrously placed the scanner on the backside in an off center position which drove Galaxy Fans like TechCrunch writer Matt Burns crazy. He has written recently that "most of the time I still appreciate Touch ID's location on my iPhone." Yet with the Galaxy S9 changing course and placing the backside fingerprint scanner in the center  position again made Android fans like Burns happy once again.

Yet no matter how you look at it, the Galaxy S9's backside remains butt ugly and over complicated in appearance. It appears that Samsung may think so too. So for their Galaxy Note 9 rolling out this summer, Samsung is going to reportedly introduce a new smarter, cleaner fingerprint ID solution in addition to their new Face ID.

In late March the Korea Herald published an "exclusive report" claiming that Samsung's next-gen Galaxy 9 Note smartphone would adopt an in-display fingerprint scanner. Their story source told them that "Samsung Display has prepared three or four solutions for Samsung Electronics to embed the fingerprint sensor inside the main display, with one being seriously considered."

The sources added that "The delay in deciding on the final concept is due to the work involved in adopting the in-display fingerprint sensor. A final decision will be made this month."

Coincidentally a Samsung patent application surfaced in March covering one of their in-display fingerprint scanning patents. A few of the patent figures from that patent are presented below. 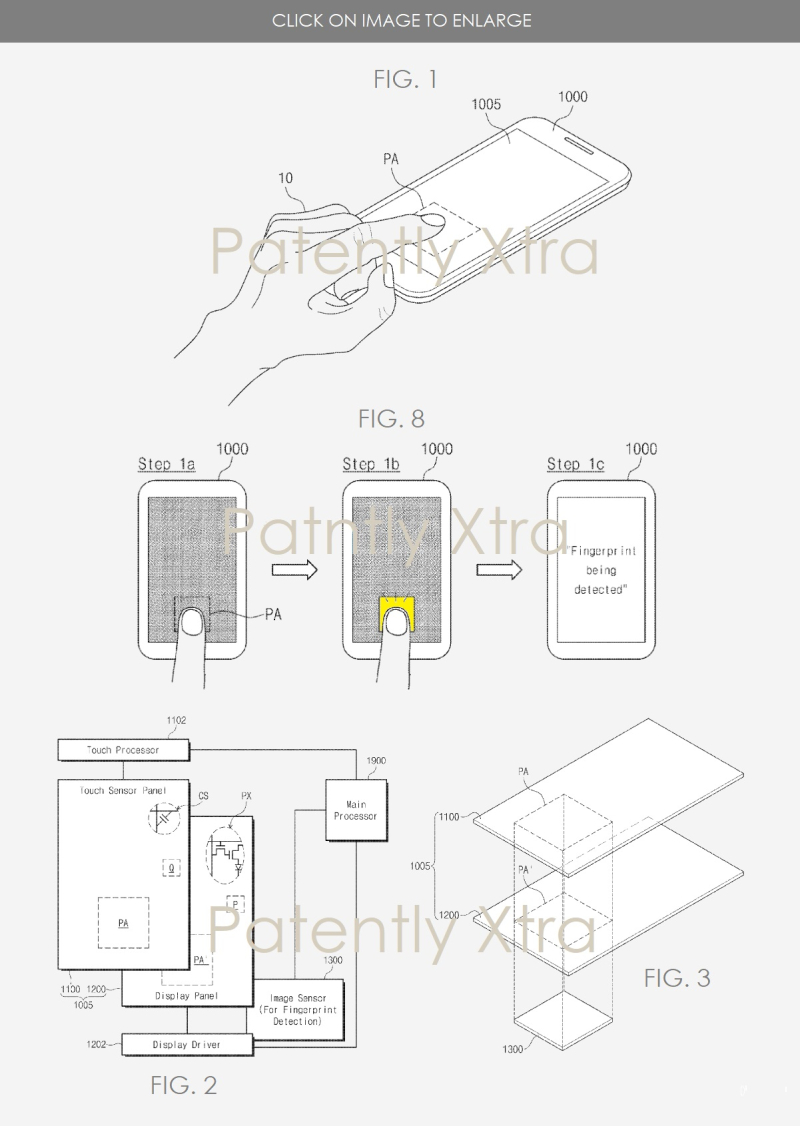 Jusy Hong, director at IHS Markit, stated during the Korea Display Spring Conference 2018 held in March that fingerprint authentication integrated into smartphone displays would soon be released into the market, most likely by Huawei first.

A quick Engadget report later in March pointed that specific feature out on the new higher end Porsche Design from Huawei by stating that "The phone also features an in-screen fingerprint sensor. Hover your finger over the screen to wake up the phone or touch the sensor to unlock it. Users can also unlock the phone with a back fingerprint sensor."

Back in the Herald report they noted that  back "In January, Vivo announced it had developed the world's first phone with a fingerprint scanner built into the display in cooperation with sensor company Synaptics, which has partnered with Samsung Display before." So this appears to be an emerging industry trend that Samsung is being forced to follow in order to compete with other Android phones.  For more on this, read the full Korea Herald report.

For the record, Apple has been granted a patent for in-display Touch ID and have several other patent filings on this as well including one that introducing ultrasonic biometric sensing. So it's not like Apple hasn't considered using in-display Touch ID, because they most definitely have. Apple simply chose to change gears beginning with iPhone X.

Yet Apple could always decide to add an "in-display" version of Touch ID to non-premium iPhone models in the future or even the iPad. They could also decide to offer customers a choice of biometrics to unlock future premium iDevices. I think the door is open on this, and I'd personally like to see that happen.

For now, it's clearer than ever that in-display touch ID is likely to emerge as one of the next smartphone trends offering consumers biometric ID unlocking choices and Samsung appears committed to launching their version of it this summer.