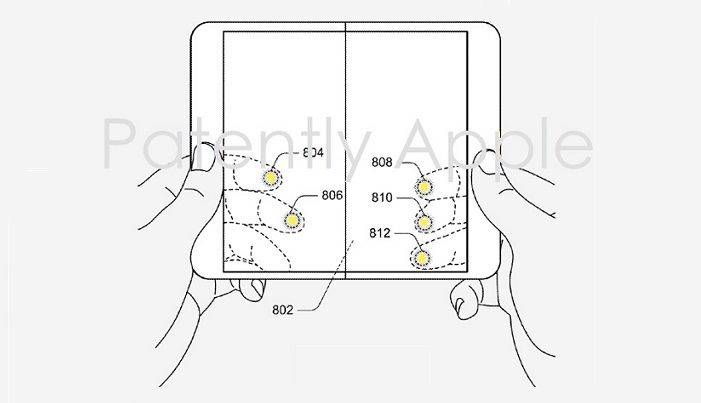 On Monday Ars Technica revealed that Windows 10 build 17650 Insider Preview presents new APIs for telephony and not just for cellular data. That coupled with new Microsoft patents presenting new smartphone ideas rolling in leaves us thinking that a Surface smartphone may still be in Microsoft's future.

According to Ars Technica Peter Bright, "Windows 10 build 17650—a preview of Redstone 5, the next Windows update after the delayed April update—includes some telephony APIs. The new APIs cover support for a range of typical phone features: dialing numbers and contacts, blocking withheld numbers, support for Bluetooth headsets and speakerphone mode, and so on.

There also looks to be some kind of video-calling support, suggesting support for 3G or LTE video calling."

Bright further notes, "Does this mean that Microsoft is going to be making a Surface Phone? On the one hand, there's no smoke without fire. The Andromeda rumors (Andromeda being some kind of a dual-screen device that makes calls but isn't a phone) show no signs of abating, so they likely have some kernel of truth somewhere.

On the other hand, these telephony APIs don't appear to be new: they match the telephony APIs already found in Windows 10 Mobile, so their presence in a build of desktop Windows might be nothing more than a mistake (shipping an API package that wasn't meant for the desktop by accident) or the result of some kind of consolidation effort to reduce variance between Windows versions."

ExtremeTech weighed in on this development as well this week by noting that "The latest build of Windows 10 suggests Microsoft could be working on a new Windows 10 version or operating mode intended to shrink Windows 10's footprint and possibly move the OS into new markets — including mobile. This new version of Windows is dubbed Windows 10 Lean (or Windows 10 CloudE), and its base install is 2GB smaller than Windows 10's typical footprint."

Microsoft has been experimenting with different versions of Windows 10. Last year they tried Windows 10S for education and that didn't do well and Windows 10 Mobile died when they bowed out of the phone market.

While ExtremeTech's report is understandably reserved if not downright skeptical about Microsoft returning to the smartphone market, it's hard to think that Microsoft wants to support a Surface tablet, a surface notebook and even Surface Studio, a fantastic desktop for the elite in certain business circles and not have a Surface smartphone?

Of course Microsoft could always be building a leaner OS for Windows phones for partners like Lenovo, Samsung and others who may want to offer consumers a fresh new OS beyond Android. That's a very real possibility.

And then there's the never ending stream of patents that are popping up at the U.S. Patent Office showing that Microsoft is knee deep in ideas for shaping the direction of a modern smartphone.

As presented below, you can see a single patent figure image taken from a patent application that was only made public this morning by the U.S. Patent Office. If covers a common Microsoft theme of a dual display smartphone. 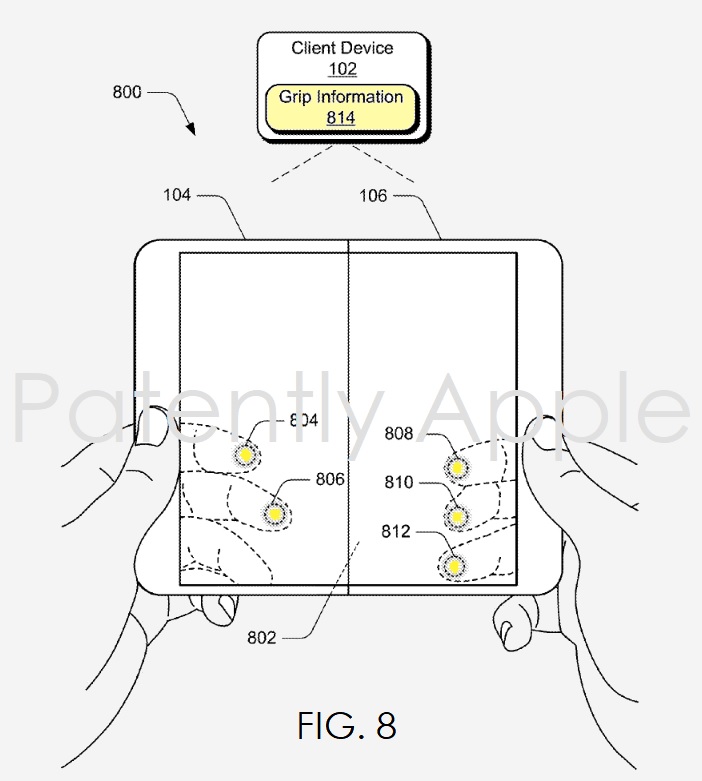 In this patent pending invention, Microsoft describes backside controls where certain finger touch configurations could determine if the user wants the dual displays to act as a single large display for video content, movies and TV while another finger combination would trigger a multitasking OS view with apps. 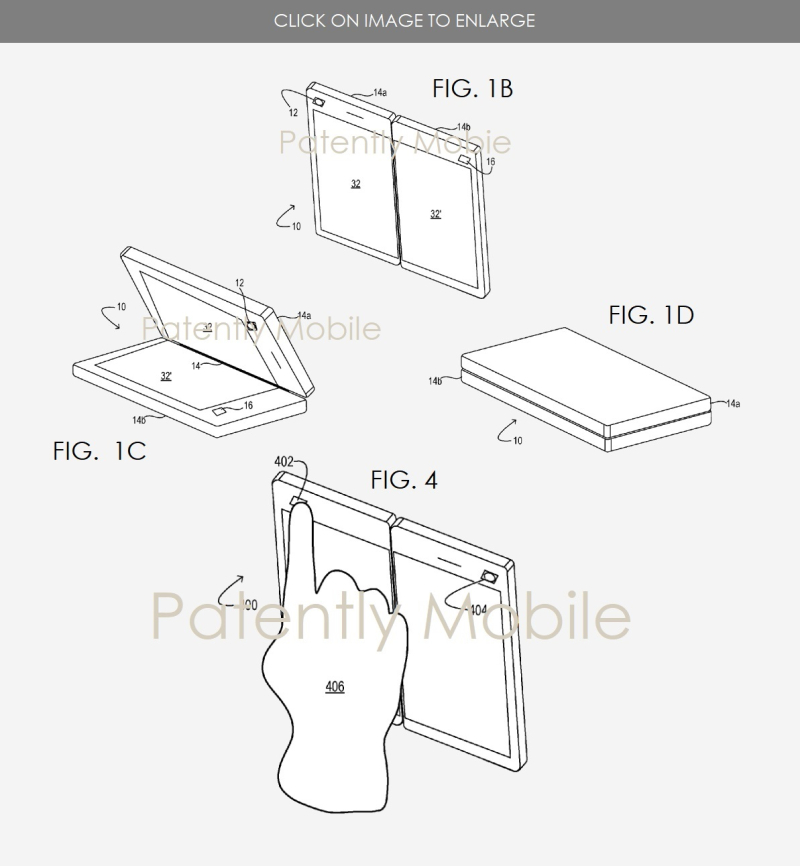 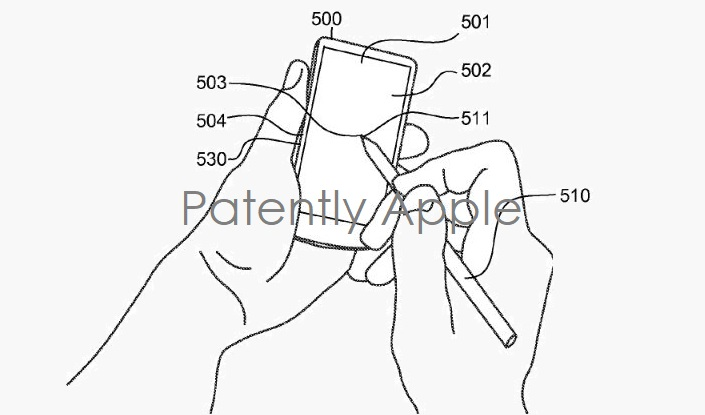 This past Tuesday Microsoft was granted a patent relating to a smartphone but this time it was for an app or phone feature titled "Providing missed call and message information."

Of course there's no use going into too much detail at this point until Microsoft introduces a newly branded Surface Phone or at least a game plan for a partner program for new Windows smartphones.

The latest Windows 10 build definitely opens the door a crack for a Windows device supporting telephony and I think that there's a desire from many Android business users to want a more professional operating system that supports Windows in the enterprise.

Will it happen? While only time will tell, I can't see their Surface hardware gaining much traction going forward unless there's a smartphone that's part of the equation.