Microsoft's Chief Marketing Officer Says that the Microsoft vs. Apple Feud is now Behind them 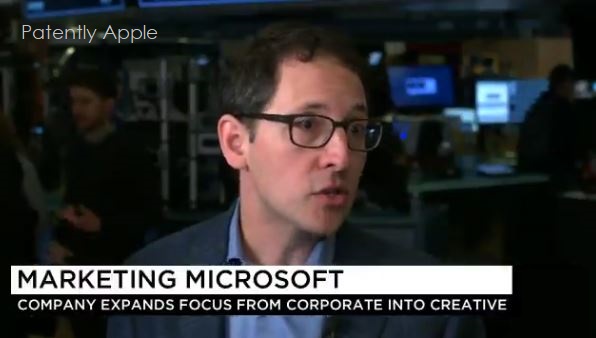 Microsoft is no longer looking to continuously go head to head against its rivals in Apple, Amazon, Google and the like, but instead, look for partnering and collaborative opportunities more often. Microsoft's marketing officer Chris Capossella states that "Millenials tell us that purpose is more interesting to them than products. So you'll see a lot of our marketing actually talk about the fact that our whole mission is about empowering people and organizations and that moves us away from individual product messages."

Panos Panay, Microsoft's VP of of Devices such as Surface, Xbox, HoloLens and more has always gone overboard comparing new Microsoft hardware against Apple hardware. The photo below is an example of Panay introducing their new Surface Book back in March 2017. Clearly he's comparing it to the MacBook Pro.

Are we to believe Chris Capossella that Panos Panay will now cease from comparing Microsoft hardware to Apple's? While only time will tell, it's a marketing line that's hard to swallow at the moment. I'm not sure Panay could help himself. He's always gone overboard in attempting to make every new Microsoft Surface an advanced gift from the the tech gods.

I'll be patiently waiting to cover the next round of Microsoft Surface updates or new product introductions by Panay to see if he could actually be tamed. He wants to crush Apple hardware with every fiber of his being and I can't see him giving up the ghost just yet. I personally don't think it's possible with Panay, but only time will tell.