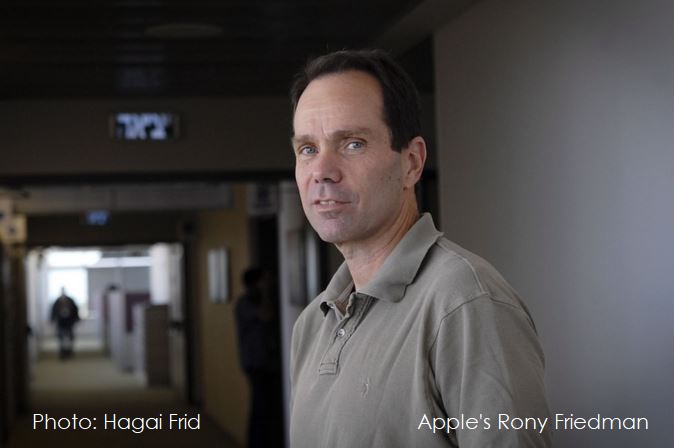 On Christmas day 2017 Patently Apple posted a report titled "Apple Hit with a $125 Million Class Action in Israel over Purposely Slowing iPhones." The Israeli class action filed in Tel Aviv stated that Apple is known for its 'closed' nature: The code of its system is not accessible, and users are entirely dependent on Apple's judgment regarding their use of the operating system and the device. The claim accuses Apple of breaching its basic duties toward users by failing to disclose that 'innocent' software updates would have negative implications for their phone use." Today an Israeli publication byline reads: "Israel opens investigation against Apple for slowing down iPhones." So it's gone from a private lawsuit to a public investigation.

The Times of Israel reported late yesterday that "Israeli authorities announced Tuesday they have launched an investigation into Apple for allegedly breaching its duty toward users, by failing to disclose that supposedly innocent software updates would slow the performance of older model iPhones.

Rony Friedman, CEO of Apple Israel, was questioned Tuesday at the offices of the Consumer Protection and Fair Trade Authority, a government agency that is part of the Economy Ministry, Hebrew-language media reported."

The Consumer Protection Authority suspects that Apple did not provide customers with "essential" information on the software updates. Apple may have thus violated Israeli law regarding misdirection of customers. For more, read The Times of Israel report.

The Israeli Publication "Haaretz" further reported that "The Fair Trade Authority's investigation is part of a larger enforcement effort against suspected violators in the communications industry, including mobile service providers and the suppliers of mobile devices."

Anat Even-Chen, a lawyer who specializes in consumer regulation stated for the report that 'It appears that recently the authority has taken a more active stance, initiating investigations and sanctions. International firms operating in Israel, such as Apple and Facebook, can't ignore Israeli regulation and have to examine their activity and see it that are complying with the law. This investigation is a sign to international corporations that think that they are above the countries' laws that we too have enforcement powers and insist on enforcing them.'"

There have been over 60 class actions filed against Apple since December 2017. You can view a partial list of the lawsuits on this issue here.

As a side note, the report from The Times of Israel referred to Rony Friedman as the CEO of Apple Israel and referred to him as such earlier in a March 2017 report. I don't know if that's a translation hiccup, but there seems to be no record of there being an official "CEO" of Apple in Israel.