One of the strengths of PowerbyProxi was that they owned 450 or more patents backing their technology. With Apple's latest iPhone 8 and X using wireless technology and the new AirPower charger on the way, having IP supporting advanced magnetic induction will support Apple current and future products that will rely on this technology.

Today the US Patent & Trademark Office published patent application 20180109152 from Apple that was a PowerbyProxi invention titled "Inductive Power Transmitter." 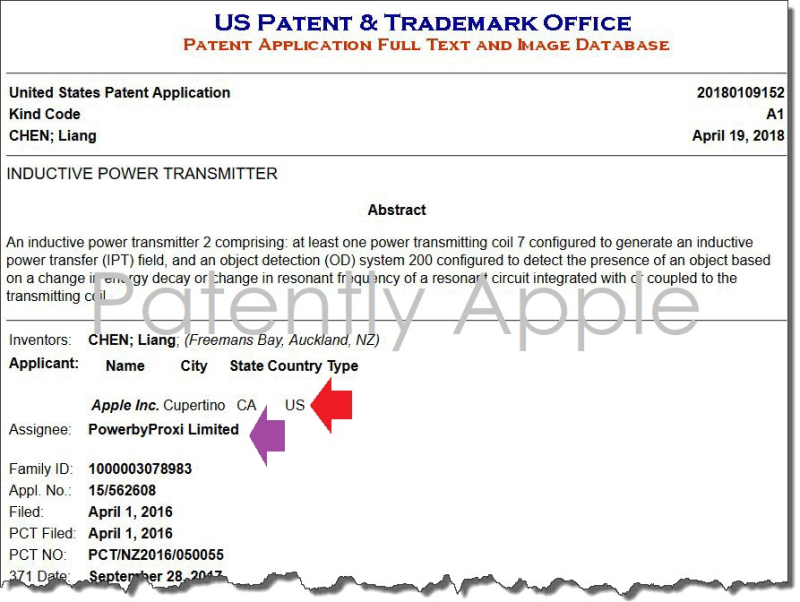 Inductive Power Transfer (IPT) is a well-known area of established technology used in many applications including wireless charging of portable electric devices. A charging mat is one way of providing a charging surface for a portable device and has an interface surface incorporating a power transmitter with one or more transmitting coils that generate a time-varying magnetic field. The magnetic field induces an alternating current in a suitable receiving coil of a power receiver that can then be used to charge a battery, or power a device or other load.

It is particularly important that IPT systems for wireless power transmitter transfers power to power receiver only and not to so-called 'foreign objects.' Foreign objects are defined as any object that is positioned on a charging mat but are not part of a receiver device. Typical examples of such foreign objects are metallic elements such as coins, keys, paperclips, etc. For example, if a metal object is close to the active IPT field it could be heated due to eddy currents being developed from the oscillating magnetic field. In order to prevent the temperature of such parasitic metal from rising to unacceptable levels, the power transmitter should be able to discriminate between power receivers and foreign objects and reduce the power being transferred or abort operation altogether.

While there are several methods that safeguard against heating up an object accidentally on the charging pad like car keys, PowerbyProxi's invention provides their own based on an inductive power transmitter comprising at least one power transmitting coil configured to generate an inductive power transfer (IPT) field, and an object detection (OD) system configured to detect the presence of an object based on a change in energy decay or change in resonant frequency of a resonant circuit integrated with or coupled to the transmitting coil.

Apple's patent FIG. 1b illustrated below is a block diagram of an object detection system. 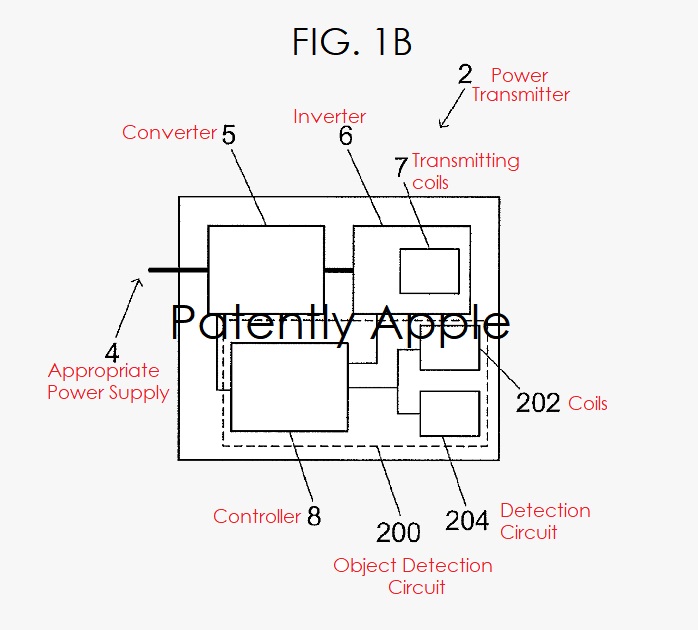 The PowerbyProxi patent was originally filed in April 2015 outside the U.S. The U.S. patent application was filed for in September 2017 and published today by the U.S. Patent Office.