Home Archives Contact Us Subscribe Twitter MeWe Facebook Patently Mobile
Apple's Q1 performance in China was Stunning according to Counterpoint, but Canalys Suspiciously mutes Apple in Report
The National Corporation of Consumers and users of Chile have filed a $5 Billion Class Action against Apple for slowing iPhones 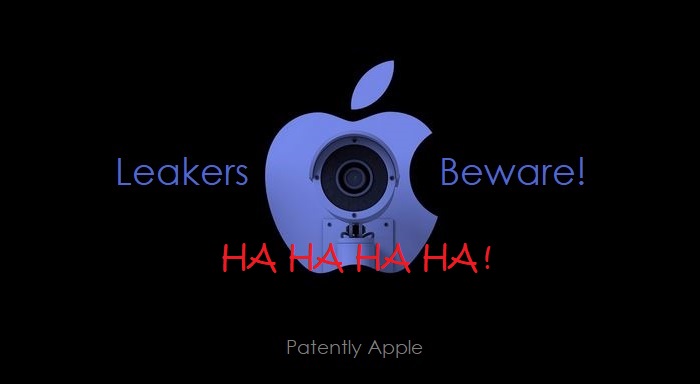 Yesterday Patently Apple posted our fifth patent report on Apple's future headset within the last two months. While we love covering Apple's patent pending new devices, we try to never predict a time they'll come to market. All we could do is point to a possible new trend emerging and archive them as they become available. Today C/Net supposedly got an "exclusive" on the news that Apple is working on a powerful, wireless mixed reality (MR) headset that will use their own custom chipset for 2020.

Okay you can laugh now as one of the biggest leaks of the year has just occurred and C/Net had no problem running with it. I think Apple's CEO is going to have to take drastic steps to curb rumors before he becomes the laughing stock of the industry.

With that said, C/Net reports that Apple "is working on a headset capable of running both AR and VR technology, according to a person familiar with Apple's plans. Plans so far call for an 8K display for each eye -- higher resolution than today's best TVs -- that would be untethered from a computer or smartphone," the person said.

Yet the news of 8K displays being considered for a future version of their headset isn't new. It was presented in our February patent report titled "A Euro Patent Reveals Apple is working on an 8K Foveated Micro-Display for a Head-up Display, iDevice and beyond." This was repeated in our March patent report titled "Apple's Mixed Reality Headset Part 3 covers their work on Predictive and Foveated Displays and Systems."

C/Net further noted that "Apple's headset would connect to a dedicated box using a high-speed, short-range wireless technology, according to a person familiar with the company's plans. The box, which would be powered by a custom Apple processor more powerful than anything currently available, would act as the brain for the AR/VR headset. In its current state, the box resembles a PC tower, but it won't be an actual Mac computer." Another point the report makes is that "the project, codenamed T288, is still in its early stages but is slated for release in 2020. Apple still could change or scrap its plans." Umm, Bloomberg always uses that same line as an out in case their "exclusive" never pans out.

You could read more about this rumor from a person familiar with the company's plans, here. For the time being, Apple's latest patents describing their invention provides us with more and actual details from actual persons inventing Apple's headset, and best of all it's not a secret exclusive.