Earlier today we learned that Samsung and Huawei are struggling to deliver an equivalent to Apple's high-end 3D Face ID feature for their smartphones and later today we learned that the U.S. Patent and Trademark Office issued Apple a Registered Trademark certificate for 'Face ID.' Additionally, Hong Kong issued Apple two design patents for the leather sleeve for the 10.5" iPad pro. Apple introduced the new sleeves back in June 2017 and provided new colors last month like soft pink noted below.

Design patents from any country only presents illustrations as presented below without details of any kind. The two design patents granted to Apple are numbered 170201.5M001 / .5M002 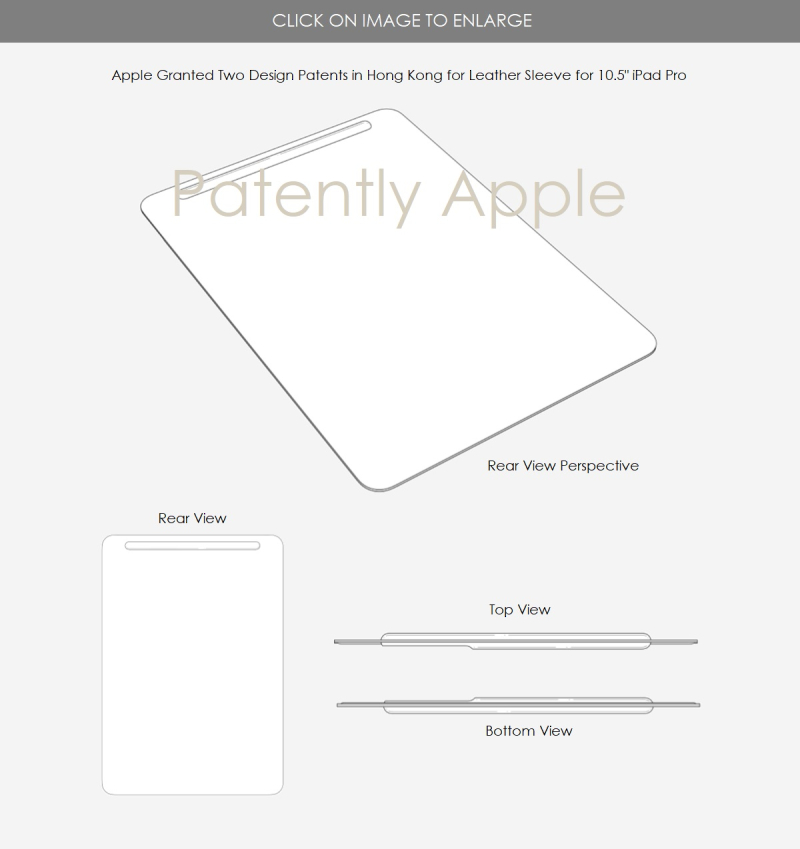 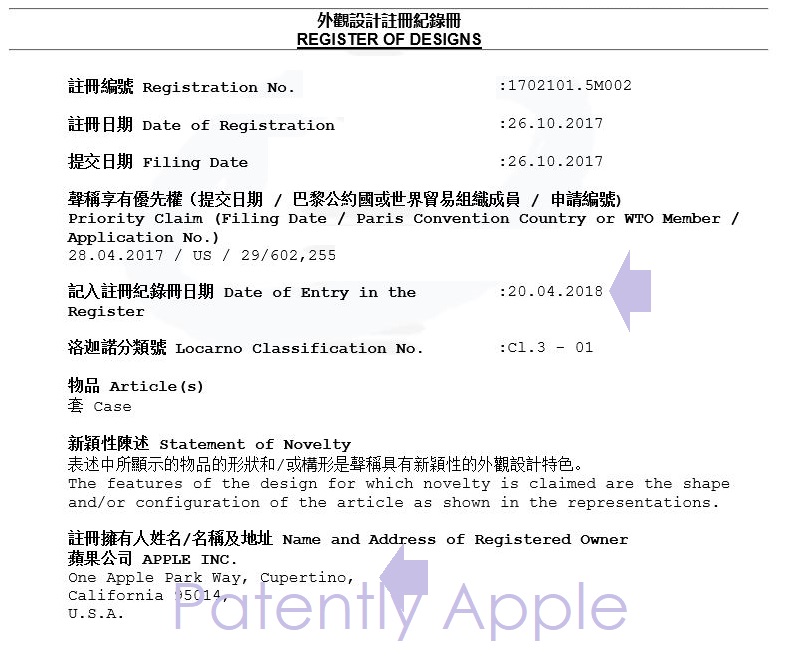 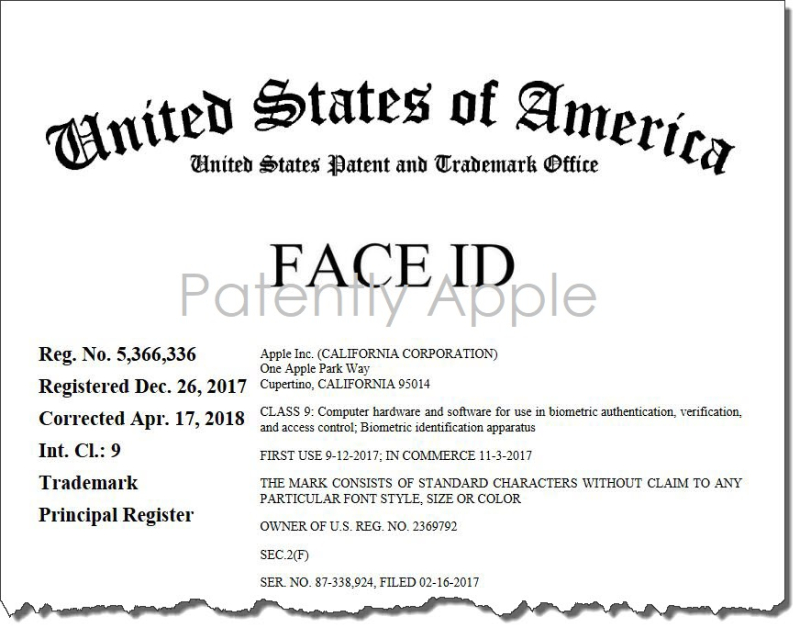 Apple's RTM was filed by Apple on December 2017 under International Class 009 covering the following: "Computer hardware and software for use in biometric authentication, verification and access control: Biometric identification apparatus."