Apple Wins a Patent for Multiple Styles of Smart Connectors

Today the U.S. Patent and Trademark Office officially published a series of 57 newly granted patents for Apple Inc. In this particular report we cover smart connectors, with a newly revealed variant style worth noting.

These accessory devices often include electronic circuitry and one or more embedded batteries that power the electronic circuitry. In many such devices the batteries can be charged by connecting an appropriate cable to a charging port. Such ports and the contacts positioned therein can be susceptible to damage, etc. Consequently, an accessory device with more robust and/or protected charging contacts is desirable.

The most important value to today's granted patent is that Apple's iPad Pro 'Smart Connector' is now protected. 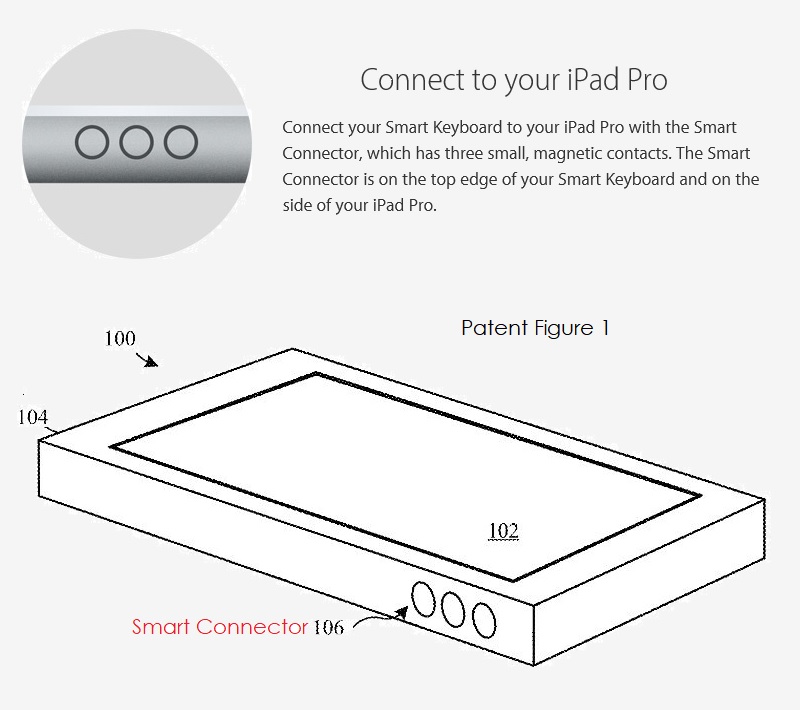 It may suggest that Apple's engineering team thinks that the alternative magnetic connector style has more potential the iPhone (as illustrated below) where there is more activity plugging and unplugging the connector over time, compared to the stationary Smart Connector that's pretty much limited to connecting to the iPad. 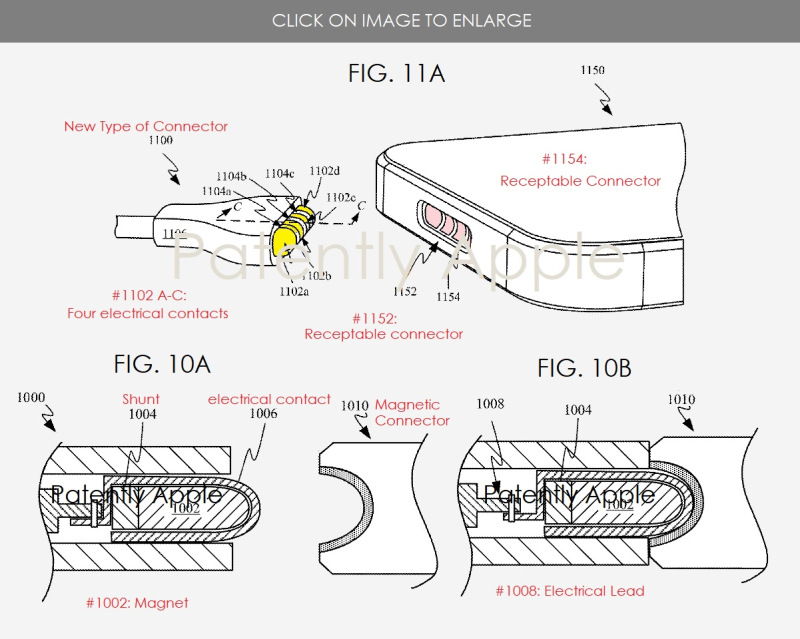 Apple's patent FIGS. 10A, 10B and 11A above provide us with a look at a variant smart connector with magnets, clearly illustrated on an iPhone.

In some embodiments, the pill-shaped protrusion of the connector plug can be configured to extend and retract when approaching and drawing away from receptacle connector.

Apple's granted patent was originally filed in Q2 2016 and published today by the US Patent and Trademark Office.

A new smart connector may have a series of benefits that will outweigh the negatives and Apple will definitely make it a hard sell if they so choose to go that route. Yet I would equally expect that the initial knee-jerk reaction from fans will be negative for forcing new adapters on them and so forth.