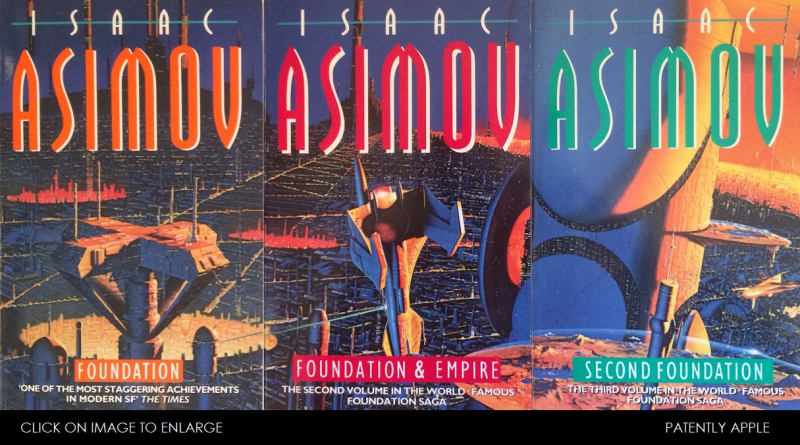 It's being reported today that Apple is developing a drama series based on the "Foundation" book trilogy by Isaac Asimov. This marks the latest high-profile project in Apple's ever-growing originals slate.

The potential series will be written and executive produced by David S. Goyer and Josh Friedman, who will also serve as co-showrunners. Skydance Television is producing the series with David Ellison, Dana Goldberg and Marcy Ross also serving as executive producers.

The book trilogy–comprised of the novels "Foundation," "Foundation and Empire," and "Second Foundation"–takes place in a time when the Milky Way is under the control of the Galactic Empire. A mathematician named Hari Seldon develops a method to predict the fall of the empire, leading him to form a group known as The Foundation to preserve and build on human knowledge and speed the rise of a new empire.

This marks the latest attempt to adapt the trilogy for the screen. Multiple film adaptations have been in the works over the years, while HBO attempted to develop it as a series with "Westworld" co-creator Jonathan Nolan in 2015. For more on this, read the full Variety report here.