Home Archives Contact Us Subscribe Twitter MeWe Facebook Patently Mobile
Microsoft's Chief Marketing Officer Says that the Microsoft vs. Apple Feud is now Behind them
Apple Grew its Profits in India while having sales fall in Q1 2018 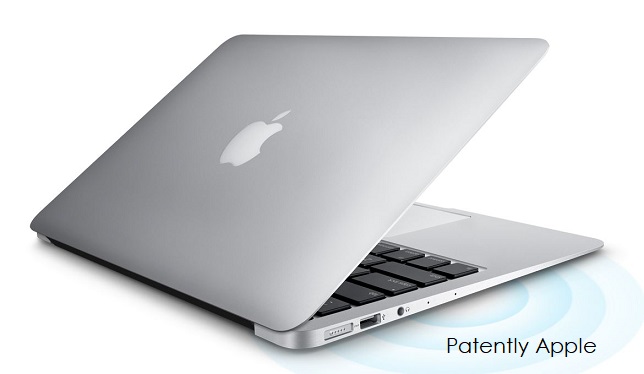 After Intel announced their strong quarter last Thursday CEO Brian Krzanich let it be known that the company would delay mass production of its 10nm processors from 2018 to 2019 due to yield issues. Notebook OEMs will have to shift gears for their high-end notebook updates this year.

On the budget notebook end, a new supply chain report report today claims that Apple will defer the volume production of its new budget-type MacBook Air for 2018 to the second half of the year from the originally-scheduled second quarter.

The sources said that Apple has informed supply chain partners that mass production of its new notebook model for 2018 will not kick off until the second half of the year without explaining the rescheduling move. Some partners speculated that the postponement might be caused by problems with some key components such as processors.

The planned new MacBook Air will have a slim design, and come with Retina high-resolution screen and Intel's latest notebook processor. Unit price for the new model is expected to be lowered from US$999 to US$899 or down further to US$799, which in turn may push up sales of MacBook series by over 10% in 2018.

Earlier this month Intel revealed that they would be releasing Core i9 8th Gen processors for high-end notebooks for content creators and gamers. The new Coffee Lake based processors will provide a 29 percent overall speed boost over the previous seventh-generation Intel chips, with 41 percent improvement for gaming and up to 59 percent faster 4K video editing. Apple's MacBook Pro is likely to adopt these processors this fall.