Apple Patents the iPhone X Glass Back with Metal Backer 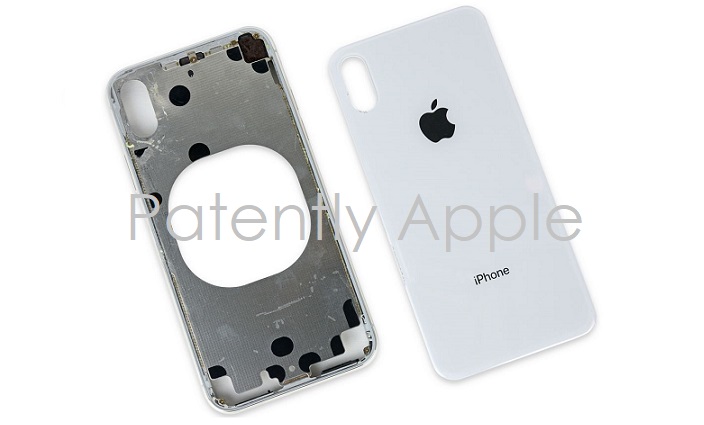 On Thursday the US Patent & Trademark Office published a patent application from Apple relating to iPhone X and specifically to the makeup of the glass back panel that accommodates wireless charging.

Below is combination of Apple patent figures and an iFixit Photo of the back panel that shows us a glass back with a metal underbelly to support the glass backer.

Apple notes that the metal layer can define one or more windows. For example, as shown in patent FIG. 6 below, a back enclosure piece #600 has an outer cover #602 onto which a metal layer #604 is formed. The metal layer defines a window #606 which can be formed in any suitable shape; as illustrated, the window is circular, but this is not required. 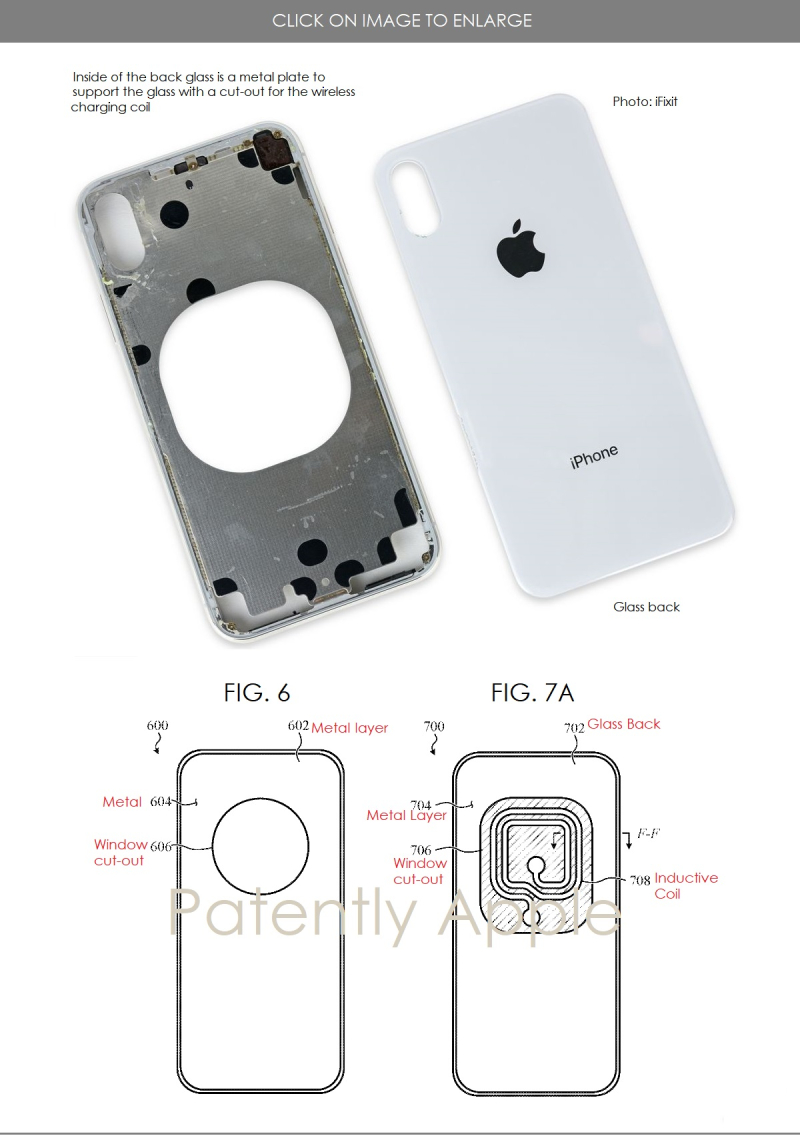 Below is an iFixit iPhone X teardown photo showing us the wireless coil removed from the metal frame which is the inside of the glass back cover. 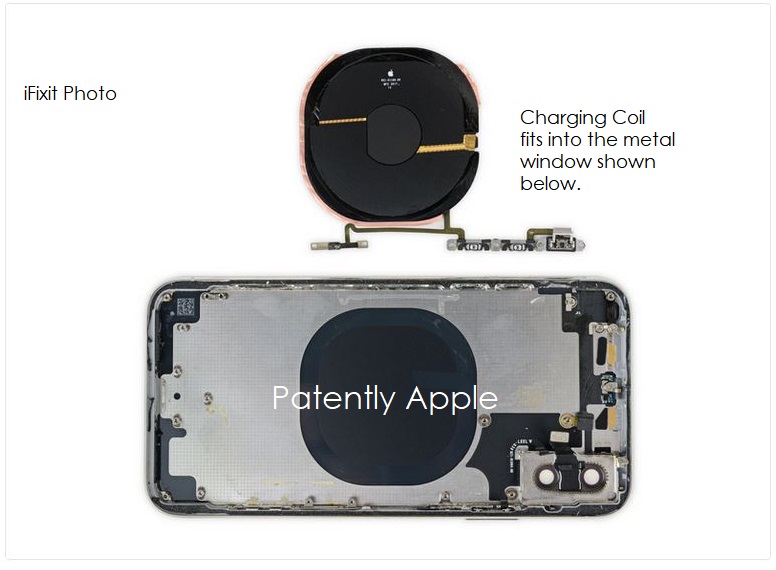 Apple's patent application was filed back in Q2 2017. This is now a patent fulfilled.

Some of the Inventors /Engineers at Apple